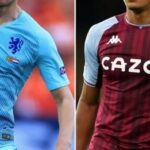 Football rumours: Will Tottenham make a move for Ollie Watkins? 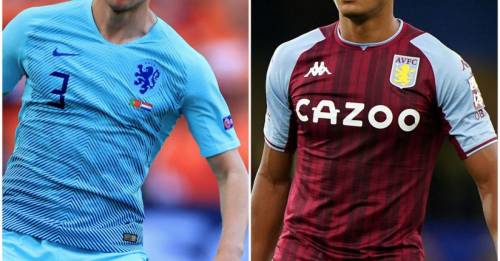 Tottenham are eyeing Aston Villa striker Ollie Watkins for next season, according to Spanish outlet Fichajes.

Spurs boss Nuno Espirito Santo is considering centre-forward candidates in the knowledge Harry Kane could be likely to leave next summer, and the 25-year-old Watkins is said to be prominent on the north London club’s wishlist.

The Blues are prepared to offer Juventus £102million for the 22-year-old as they move to bolster their defences for the longer term. De Ligt arrived at Juventus from Ajax amid much fanfare in 2019 but has not quite lived up to the hype and has played in just four Serie A games this season, making him likely transfer material.

Manchester City are keen to sign RB Leipzig midfielder Christopher Nkunku, according to Fichajes. The 23-year-old caught the eye in his side’s recent Champions League match against City, scoring a hat-trick as the Bundesliga side went down 6-3. The former Paris St Germain man is valued at around £40m.

Chelsea and Juventus look set to compete for the signature of AS Monaco and France midfielder Aurelien Tchouameni, according to Italy’s Calciomercato. Juve attempted to sign the 21-year-old last summer but were knocked back. They look set to bid again but will likely face competition from Chelsea, with a price tag of around £35m said to be required to secure the player.

Leicester are interested in Lazio’s Spanish midfielder Luis Alberto, Fichajes reports. The 28-year-old has been in strong form in Serie A this season and could be keen on a return to England to prove his critics wrong after a previous underwhelming stay with Liverpool. The Foxes are on the lookout for midfielders, in light of interest in Youri Tielemans and James Maddison.

Cristiano Ronaldo: The 36-year-old legend wants to retire at Manchester United before taking on a coaching role at the club, according to The Sun.

Axel Witsel: Juventus are mulling a January move for the 32-year-old Borussia Dortmund and Belgium midfielder, according to Calciomercato.

Dusan Vlahovic: Manchester City’s interest in the Serbia striker could be about to be dealt a blow as the 21-year-old has entered new contract talks with Fiorentina, the Manchester Evening News reports.