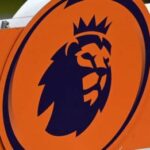 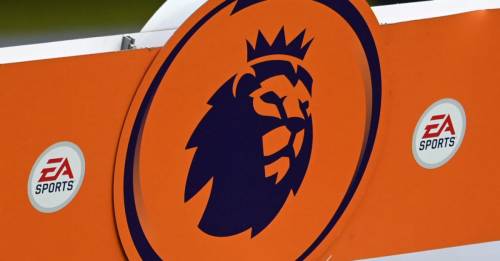 The Premier League is considering whether and how best to “reward” clubs with high rates of players vaccinated against coronavirus, the PA news agency understands.

The League is understood to have last week sent an email to its 20 clubs that said that, according to data it had, only seven of the squads were more than 50 per cent fully vaccinated, “so we have a way to go”.

The email, as initially reported by the Telegraph, continued: “We are considering if and how best we can ‘reward’ those squads/players who are most Covid-compliant and who have opted to be vaccinated.

“It is increasingly clear that full vaccination will be the key criteria for Government and health authorities, in terms of international travel and potential Covid certification at large scale events.”

Proposals which could see guidelines for individual clubs relaxed, depending on vaccination rates, is due to be sent around this week, but it is understood the email added that the majority of the current protocols will remain until the end of the year at least.

Reports suggest that players who are not double-vaccinated face exclusion from plans to relax the quarantine rules for those returning from red-list countries ahead of next month’s World Cup qualifiers.

Tottenham boss Nuno Espirito Santo had earlier called on football’s governing bodies to help protect clubs whose players have been called up for international duty in red-list countries.

Spurs were left without Argentinian pair Giovani Lo Celso and Cristian Romero and Colombia international Davinson Sanchez for two games earlier this month when they travelled to South America for World Cup qualifiers and had to spend 10 days in Croatia to avoid a hard quarantine in this country.

Premier League clubs voted against having to release players in such circumstances, but the Spurs trio, along with Aston Villa’s Emi Buendia and Emi Martinez, opted to travel anyway.

Lo Celso and Romero have again been called up along with Brazil right-back Emerson Royal, who is one of eight Premier League players to be called up for next month’s games.

Nuno said: “What we expect is what we’re concerned about. That the governing bodies make a decision that can protect the clubs in this international break.

“We don’t want this situation to repeat again so we don’t have our players. I always said, it’s very difficult to say ‘no’ to a national team.

“It’s never been the case before. We’re facing this situation through the pandemic. What we want is protection.

“As clubs we need a decision to protect us. We want our players in national teams and we want them available for us also.”

Tottenham’s players missed games against Crystal Palace and Rennes as they headed to Croatia in order to be allowed to train normally with a club physio.

Although nothing has been decided, Nuno does not think that will happen again.

“We have been through this problem before and we don’t want the situation to repeat itself,” he said.

“We know and everybody knows there are conversations going on within governing bodies to solve the situation. What we can’t afford is to have our players out again.

“I’m not even considering that scenario because what we want is the situation solved before. Some guidance before so we can communicate to our players and tell the best way to deal with the situation.”

After Chelsea midfielder N’Golo Kante tested positive for Covid-19 and entered self-isolation, ruling him out of Wednesday’s Champions League clash at Juventus, Blues boss Thomas Tuchel admitted he did not know the percentage of his players who had been vaccinated, and insisted he was in no place to make public recommendations about vaccinations.

Tuchel said: “I don’t know the percentage of players vaccinated actually. It’s not even that I don’t want to tell you but I simply don’t know it.

“And we are also only a reflection of society, the players are adults and it’s free choice if they want to get vaccinated or not. And I think we should accept it.”

Previous : Maiden Qatar Grand Prix to take place in November
Next : Iheanacho to miss Leicester match in Poland after problem with documents