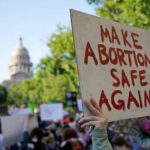 How blue cities in red states are resisting abortion bans 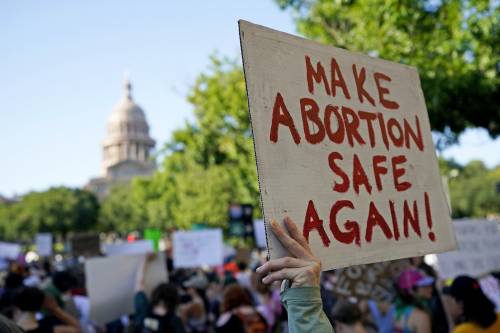 Mayors of blue cities in red states are leading a local charge to push back on laws criminalizing abortion now that the Supreme Court has overturned Roe v. Wade. But there’s only so much they can do to shield abortion providers from prosecution and improve access to the procedure in states that have made it illegal or will soon do so.

“I do anticipate that there’s more that blue cities and red states can do to fight back against this government overreach and stripping women of their fundamental rights,” Cincinnati, Ohio, Mayor Aftab Pureval told Vox.

Cities can’t make abortion legal in states that have outlawed it. They can take steps to decriminalize the procedure and potentially limit any adverse consequences that pregnant people who have abortions and abortion providers might face. But they can’t give abortion seekers what they need the most: access to the procedure.

How cities in Texas, Ohio, and Arizona are trying to fight abortion bans

In the wake of Dobbs v. Jackson, the case that overturned Roe, cities in Texas, Ohio, and Arizona have begun working within these limits by taking steps to ensure that local law enforcement resources don’t go toward targeting abortion-related crimes.

Of those states, Texas is the only one with a “trigger law” outlawing abortion immediately after the overturn of Roe. That law briefly went into effect following the Supreme Court ruling before it was temporarily blocked by a state court earlier this week. Ohio’s ban on abortions after six weeks of pregnancy went into effect on Friday, and the state is expected to ban all abortions later this year. And Arizona has an abortion ban on the books that predates the Supreme Court’s 1973 decision in Roe.

Austin, Texas, Mayor Steve Adler responded to Dobbs by co-sponsoring a resolution — drafted in the weeks before the Court’s decision and that could be voted on as early as this week — that would update city policy to deprioritize the investigation or enforcement of any charges related to pregnancy and abortion. It would also prevent the use of city funding for information sharing, data collection, and surveillance related to abortion services and other reproductive health decisions. There are some exceptions for when “coercion or force” is used against a pregnant person or in cases involving criminal negligence related to a pregnant person’s health.

Pureval has commissioned a report on potential opportunities to decriminalize abortion in Cincinnati and to prioritize law enforcement resources to protect the health and safety of pregnant people and medical care providers. Additionally, he’s reached out to Chicago Mayor Lori Lightfoot for opportunities to collaborate, anticipating that Illinois will be the closest state where Ohioans can get abortions, he told Vox.

“We are looking at ways to decriminalize abortion in our city or, at the very least, make it clear that our priorities for our public safety dollars, namely our Cincinnati Police Department, are for issues like gun violence and other violent crimes in our communities, and not invading our local hospitals and investigating our doctors and women in our city,” he said.

Phoenix, Arizona, Mayor Kate Gallego told Axios that she has “no interest in criminalizing health care providers” and is working with the city’s attorneys to find the “most effective ways to protect our residents and women’s health care.” And the Tucson, Arizona, City Council voted earlier this month to order its police department not to arrest people violating state anti-abortion laws.

Other cities are investigating similar measures. Cities in North Carolina, for example, which has a pre-Roe abortion ban on the books that has not yet been enforced, have also taken steps to protect abortion providers and pregnant people.

Durham passed a resolution in March declaring the city a “sexual and reproductive health care safe zone, ensuring the people’s right to reproductive freedom, and naming these rights as fundamental.” The city council in Raleigh is weighing similar actions, including requests from abortion rights advocates to protect abortion clinics in the city with buffer zones and noise ordinances and block the Raleigh Police Department from collecting data stored on menstrual cycle tracking apps.

It’s not yet clear, however, whether any of these measures will make a meaningful difference in preventing the prosecution of abortions.

There are still ways that state law enforcement agencies can get around blue cities’ attempts to thwart the enforcement of abortion bans. The state attorney general’s office and district attorneys can still seek civil and criminal penalties against people who violate state abortion laws in blue cities. Abortion providers are also bound by the rules of state medical boards, which could revoke or suspend the licenses of providers they see as defying state regulations.

States with bans on the books are debating how strictly they intend to enforce them. Texas is going as far as encouraging surveillance of women and prosecuting doctors. Other states, like South Dakota, have announced that they won’t file criminal charges against people who get abortions.

But state resources to enforce the bans might be limited if cities won’t cooperate. In some ways, it’s similar to what’s been happening with marijuana legalization. While it might still be illegal in places like Texas to possess any amount of marijuana, cities like Austin have agreed not to bring charges against someone who possesses a misdemeanor amount of the drug, meaning that it’s unlikely they’d face legal repercussions unless state law enforcement somehow got involved.

Again, none of these cities’ efforts will increase in-state access. But there are things many mayors can do to try to make abortion more accessible. Cincinnati is trying one of these, by repealing a decades-old ordinance that prevented the city health plan from covering abortions, meaning the procedure would now be covered. Anyone taking advantage of that benefit would need to leave the state to do so, but Pureval said that the city would reimburse them for the costs of traveling.

“We also hope that this will encourage other large employers in our city, including Kroger, which already has announced that they’ll be doing something similar from a travel reimbursement perspective,” Pureval said.

Previous : Margaret Atwood, the Prophet of Dystopia
Next : Cassidy Hutchinson just changed everything