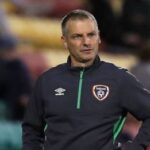 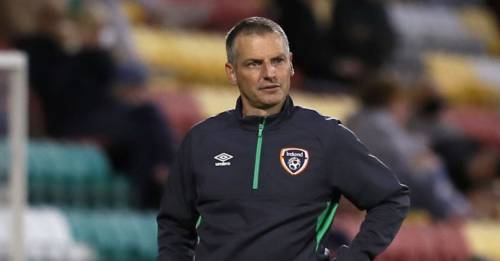 The Republic of Ireland Under-21s will go into Tuesday’s Euro 2023 qualifier in Montenegro with their strongest squad available following a relaxation of coronavirus travel rules.

Manager Jim Crawford faced losing up to seven of his UK and Germany-based players for the game in Podgorica as Montenegro is on the red list of both nations and they would have had to quarantine on their return.

An FAI statement said: “The Republic of Ireland Under-21 squad has departed for Podgorica with a squad of 29 players following consultations with clubs, the English FA and UEFA after travel restrictions to Montenegro were relaxed by the British Government.

“Montenegro is not on Ireland’s red list and players from England, Wales and Germany have now been cleared by their clubs to travel for Tuesday night’s European qualifier under the new UK guidelines.”

Crawford, who saw his side beat Luxembourg 2-0 in Dublin on Friday evening to preserve their unbeaten start to the Group F campaign, admitted his relief at the decision having had to draw up an alternative squad comprising entirely home-based players in case the rules remained in place.

He said: “We’re relieved to have some clarity to what has been a unique situation in our preparations for Montenegro.

“I’d like to thank the co-operation and support of the League of Ireland clubs, who have been excellent with us in the last week or so. I’d also like to extend my gratitude to the UK and German clubs, who have understood our situation, and to the English FA for their continued assistance.”