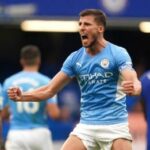 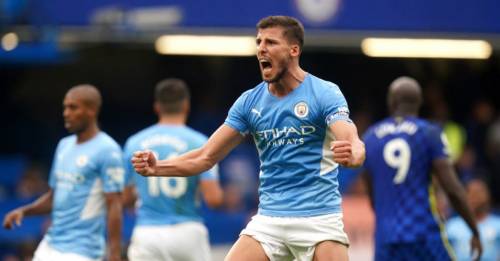 A clash of two title contenders and the first north London derby of the season provided only a fraction of the Premier League drama as Manchester United lost at home and Liverpool were stung by the Bees.

Here the PA news agency takes a look at the main talking points from the weekend.

Chelsea were favourites for the Premier League title in the eyes of many long before the signing of Romelu Lukaku – the odds shifting in late May when their third victory over Manchester City in the space of two months delivered the European Cup to Stamford Bridge. But momentum swung back in favour of the defending champions on Saturday. Gabriel Jesus’ deflected strike early in the second half was the only difference on the scoresheet, but City looked better in every department as Chelsea failed to register a shot on target, grateful to Edouard Mendy for keeping the scoreline down. If Pep Guardiola’s decision not to field a defensive midfielder in the Champions League final proved costly, here Thomas Tuchel’s decision to accommodate three – N’Golo Kante, Jorginho and Mateo Kovacic – also backfired, with Chelsea too passive in the face of City’s press.

‘The Process’ is working

What a difference a month makes. Mikel Arteta was favourite for the sack after Arsenal began the season with three defeats on the spin – even if two of them were against City and Chelsea – a run all the more galling as rivals Tottenham won their opening three games to sit top of the table and Nuno Espirito Santo was named manager of the month. By Saturday evening and the final whistle in the derby, it was Nuno who was facing questions over his job as Arsenal made it three wins on the bounce to move above Spurs in the table. Harry Kane cut a particularly sorry figure as Arsenal ripped Spurs apart before the break – Tottenham stood firm to keep the England captain this summer but he is not playing like the man they felt they could not do without.

After Bruno Fernandes skied his late penalty in Manchester United’s 1-0 loss to Aston Villa on Saturday lunchtime, all eyes were on Cristiano Ronaldo. But the debate over who should be taking their spot-kicks distracted from United’s more pressing problems. Days after West Ham knocked them out of the Carabao Cup, Villa came to Old Trafford and created a string of clear chances. United have kept only one clean sheet this season, and injuries for Harry Maguire and Luke Shaw on Saturday only add to Ole Gunnar Solskjaer’s headaches.

Brentford arrived in the Premier League with a bang when they beat Arsenal in their opening game, and the Bees have not stopped buzzing since. Liverpool were the latest team to discover just how difficult they will prove as opponents this season as Thomas Frank’s side twice came from behind to take a point from a frantic 3-3 draw.

For everyone bar Southampton, there was a hugely welcome moment on Sunday when Raul Jimenez scored his first Premier League goal since last October, completing his comeback from the horrific fractured skull he suffered in November. It was reward for the huge amount of work he and the Wolves backroom staff have done to get him back on a football pitch, and also for the bright start he has made to the season. Wolves have struggled for goals so far this term – if the Mexican can rediscover his touch things will be looking up for Bruno Lage’s side.