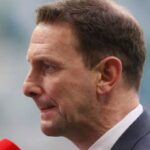 Northern Ireland try to move on after controversial defeat to Switzerland 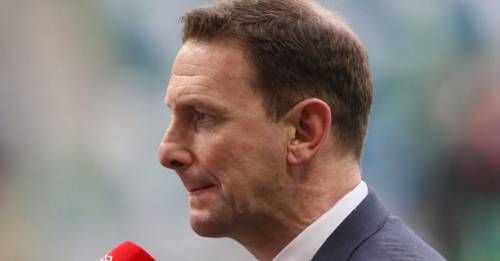 Northern Ireland’s players used a walk along Lake Geneva on Sunday afternoon to put the frustration of another controversial World Cup qualifying defeat to Switzerland behind them before Tuesday’s trip to Bulgaria.

A bizarre first-half red card for Jamal Lewis, given a second booking for taking too long over a throw-in, was a major turning point in a 2-0 defeat which effectively ended hopes of qualifying for Qatar next year.

Ian Baraclough and his players were left fuming by the decision – and it was lost on nobody that it came against the same nation who benefitted from a hugely contentious penalty to end Northern Ireland’s hopes of playing at the last World Cup too.

Defeat changes the focus for the trip to Sofia, but first Northern Ireland needed to clear their heads.

“We went down to Lake Geneva and had a walk around for a couple of hours,” striker Conor Washington said.

“It was a tough defeat to take and those days you get when you have the opportunity to do those kind of things are really valuable. It was good to clear your head and it was a beautiful place as well.”

Baraclough had to bite his tongue when asked his thoughts on the decision straight after Saturday’s match, but is now eager to move on.

“Everyone deals with it their own way,” he said.

“To get the chance during this period to get some fresh air in a beautiful place, it allows you to release any tensions, clear your head and re-think. As soon as we got back to the hotel, myself and the coaching staff focused on Bulgaria.”

Though it is still mathematically possible for Northern Ireland to finish second in Group C, they would need to make up a six-point deficit to the Swiss with only three games left to play.

More realistically, the mission now is to finish as well as possible to avoid the sorts of qualifying draws which have hampered their ambitions in each of the last two campaigns.

“The last two major tournaments we have suffered, we’ve had Germany and the Netherlands (in Euro 2020 qualifying), and then Italy and Switzerland,” Baraclough said. “They were the top seeds in pot 2, so it was always going to be [an] ask.

As expected, Baraclough confirmed that Jonny Evans had not joined up with the squad ahead of the fixture, saying a recent illness had hampered the Leicester defender on top of his long-standing foot injury.

Evans has been struggling with plantar fasciitis since the end of last season and has made only three appearances for Leicester this campaign.

“It’s worry for everybody, myself, Leicester and Jonny himself,” Baraclough added.

“He’s not only got to think about his foot for the rest of his career but also after football as well. I believe he has made great strides with it and Jonny is a lot happier with where he is.

“The illness has probably more than the foot held him back a little bit. Between myself, Brendan (Rodgers) and Jonny, we’ve (decided) not to risk him, but he’ll be back in training at Leicester and in with an outside chance to play against Manchester United at the weekend.”

Previous : Liverpool’s Diogo Jota could make return from Portugal due to muscle issue
Next : Climate change: England must ‘adapt or die,’ agency warns