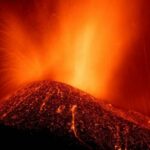 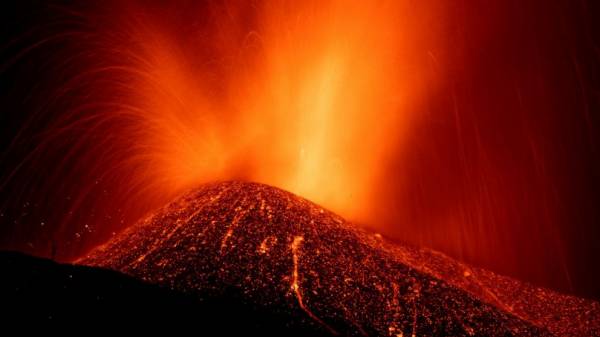 TODOQUE, Canary Islands — The advance of lava from a volcanic eruption on one of Spain’s Canary Islands has slowed significantly, raising fears Thursday that the molten rock might fan out further in coming days and wreak more destruction instead of just flowing out into the sea.

A second stream of lava has virtually ground to a halt, the head of the National Geographic Institute in the Canary Islands, María José Blanco, told a news conference.

It won’t reach the Atlantic Ocean before the weekend, she said, with some scientists saying it might never reach the sea.

Blanco said seismic activity on La Palma island was now “low” but molten rock is still being thrown out of the volcano — 26 million cubic meters so far.

Stavros Meletlidis, a volcanologist at Spain’s National Geographic Institute, said the dynamics of any eruption were in constant flux.

“The lava is advancing very slowly because it cools in contact with the atmosphere, through friction with the ground and building materials and, above all, because its front edge is widening out,” he told Radio Televisión Canaria.

The uncertainty left many residents on the western side of the island of 85,000 people in limbo. Scientists say the lava flows could last for weeks or months.

Joel Francisco, 38, said he and his elderly parents had to evacuate the area around the village of Todoque in a rush, taking only a few belongings and important documents.

Now that the flow seems to have slowed, he hopes to go back and retrieve some more things in case the house is entombed in lava — if police let him.

“We don’t know how long we have to wait until we can return to our homes because the roads are closed,” he told The Associated Press. “Some people have it worse off, their houses are gone.”

Like many on the island, Francisco works on a banana plantation, and his livelihood is also at risk of being ruined by lava or damaged by volcanic ash.

“We are waiting to see if we can go out to work or not,” he said. “This changed our life.”

“Suddenly, you have had almost everything taken from you, in one fell swoop. No home, no equipment, no clothes, no food, no resources, no work,” the monarch told reporters.

“We have to do everything we can to help these families.”

The eruption occurred along the island’s Cumbre Vieja volcanic ridge. The Canary Islands are a volcanic archipelago. La Palma witnessed its last eruption in 1971.

As lava, ash and smoke continued to pour from the volcano, shooting up to 4,200 meters (nearly 14,000 feet) high, there were concerns about whether airspace above the island should remain open.

ENAIRE, which manages Spain’s airspace, said two areas above the affected area are being declared no-fly zones to allow emergency services to operate freely. Many flights to and from La Palma were delayed early Thursday.

Volcanic ash can be dangerous for aircraft. It can also cause respiratory problems, as well as potentially being an irritant for the eyes and skin.

The Emergency Military Unit deployed on the island said the readings it has taken of the air found no threat to health.

Authorities haven’t reported any casualties from the eruption. Scientists had been monitoring the volcanic activity and had warned of a possible eruption, allowing almost 7,000 people to be evacuated in time.

Officials had initially expressed fears about what would happen when the lava reached the Atlantic. The molten rock, whose temperature exceeds 1,000 C (more than 1,800 F), could cause explosions, trigger landslides and produce toxic gas when it hits the water, experts say.

Life on the rest of La Palma, which is roughly 35 kilometers (22 miles) long and 20 kilometers (12 miles) wide at its broadest point, has been largely unaffected, with undeterred tourists landing for previously scheduled vacations.