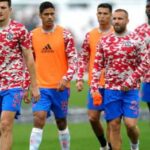 Maguire and Shaw sit out training ahead of Villarreal clash 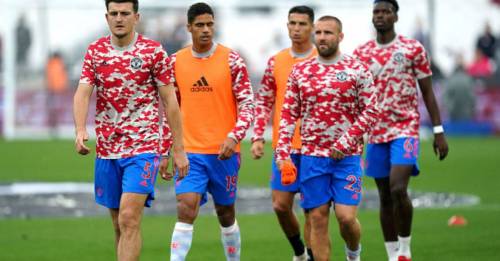 Harry Maguire and Luke Shaw were absent from training ahead of Manchester United’s Champions League clash with Villarreal.

The defensive duo were withdrawn during Saturday’s 1-0 home loss to Aston Villa in the Premier League and have been undergoing assessment on the issues that forced them off.

United confirmed Maguire and Shaw both sat out training on Tuesday morning, with Ole Gunnar Solskjaer set to provide an update on their availability against the Spanish side who beat the Red Devils in last season’s Europa League final.

Raphael Varane will join the Norwegian at the press conference previewing Wednesday’s match, which Aaron Wan-Bissaka will miss through suspension.

The right-back was sent off in United’s shock 2-1 loss at Young Boys in the Group F opener earlier this month.

Marcus Rashford and Amad Diallo trained away from the main group on Tuesday as they continue rehabilitation from injury.