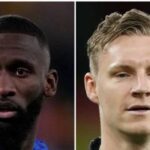 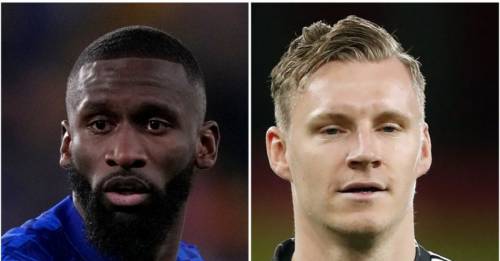 Thomas Tuchel wants to head off Tottenham’s interest in Antonio Rudiger by having Chelsea offer the centre-back a new deal, according to the Express. The paper says the manager is pushing for a better offer to be made to the 28-year-old, whose contract at Stamford Bridge expires next summer, following the Germany defender’s rejection of the Blues’ first offer.

Rudiger’s international team-mate Bernd Leno‘s struggles at Arsenal could reportedly impact upon his future in international football. The 29-year-old has become the Gunners’ second-choice goalkeeper after the signing of Aaron Ramsdale, with the Daily Star citing Fussball.News as reporting Leno may now drop out of the picture for his country, prompting fears an exit from the Emirates is likely.

The Premier League is said to be calling to young Serbia striker Dusan Vlahovic. Talk that the 21-year-old may end up at Arsenal or Tottenham is sure to grow louder, the Evening Standard reports, with his current club Fiorentina saying he has rejected a new contract to stay in Florence.

Despite the rumours of his pending departure, Kylian Mbappe could be staying at Paris St Germain. The club’s director Leonardo is quoted in the Sun as criticising the “lack of respect” shown by Real Madrid in their pursuit of the French World Cup winner, who has previously said leaving Paris is “the next logical step” in his career.

Bremer: TeamTalk says Calciomercato have reported Manchester United and Manchester City have joined Liverpool in the race for the 24-year-old Torino defender.

Andre Onana: Cameroon’s goalkeeper is ready to leave Ajax as a free agent next year and move to Inter Milan, reports Fabrizio Romano.

Weston McKennie: Tottenham and West Ham’s chances of signing the American midfielder, 23, have surged with Juventus ready to let him leave, according to TeamTalk.