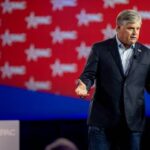 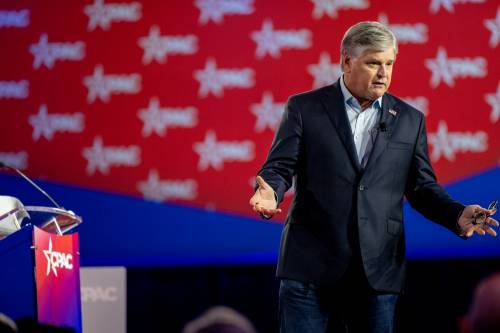 Nicole Narea
covers state politics and policy for Vox, focusing on personalities, conversations, and political battles happening in state capitals and why they matter to the entire country. She first joined Vox in 2019, and her work has also appeared in Politico, Washington Monthly, and the New Republic.

Fox News’ Sean Hannity may have uncritically elevated baseless conspiracy theories about widespread fraud committed by voting machine suppliers in the 2020 election — even though he didn’t think they were true.

That’s the latest revelation out of Dominion Voting Systems’ $1.6 billion defamation lawsuit against Fox News and its parent company, Fox Corporation, which is slated to go to trial in April in a Delaware court.

Dominion sells election technology, including voting machines, that was employed in over two dozen states in 2020. And it argues that, following former President Donald Trump’s election loss, Fox broadcasted a series of unfounded and defamatory allegations about the company that it knew to be untrue. In the process, Dominion says Fox “destroyed the enterprise value of a business that was worth potentially more than $1 billion.”

According to Dominion’s March 2021 complaint, Fox advanced the lies that Dominion had “committed election fraud by rigging the 2020 Presidential Election,” including by using its software and algorithms to alter vote counts; that Dominion is owned by a company founded in Venezuela that has tried to rig elections in favor of the dictator Hugo Chávez; and that Dominion paid officials to adopt its machines in 2020.

“Fox, one of the most powerful media companies in the United States, gave life to a manufactured storyline about election fraud that cast a then-little-known voting machine company called Dominion as the villain,” the complaint states.

One way the company claims Fox did this is by giving conspiracy theorists unfiltered platforms.

Sidney Powell, a former federal prosecutor, who is also being sued by Dominion for defamation, appeared on Hannity’s primetime show on November 30, 2020 — a week after she was unceremoniously booted from former President Donald Trump’s legal team challenging the results of the 2020 election. She had also been a guest on Hannity’s radio show earlier that day.

“There was a whole plot going on and a lot of people involved in this,” Powell said on the evening show. She baselessly accused voting machine companies, including Dominion, of using their machines to “trash large batches of votes that should have been awarded to President Trump” and to “inject and add massive quantities of votes for Mr. Biden.”

Hannity, a longtime Trump ally, didn’t push back against those claims, even as concerns grew among Republicans that Powell’s rhetoric had grown too extreme. He stopped short of making those same accusations himself, but didn’t dismiss them either. He asked whether the machines had been investigated for the kind of tampering she was alleging (Powell said it would happen soon) and asked why Democrats weren’t looking into any of these “whistleblower” claims before ending the segment.

Two years later, he was asked about Powell’s theory in a seven-hour deposition that was reportedly shared during a court hearing earlier this week as part of the Dominion lawsuit: “I did not believe it for one second,” he said under oath. Powell also walked back her theorizing in 2021, with her lawyers stating “no reasonable person would conclude that the statements [Powell made] were truly statements of fact.”

Dominion claims that this is clear-cut defamation case

Now, Dominion argues Hannity’s apparently credulous stance toward the conspiracy theories, and the fact that he didn’t push back on them, shows Fox deliberately misled its viewers about Trump’s 2020 election loss, including on what was at the time the most-watched show on cable news. Fox News has previously aired a segment across several of its shows designed to defend its own hosts and distance itself from guests’ statements accusing voting machine and software companies of election fraud.

Hannity’s statement doesn’t exactly help his network’s case. But Dominion still faces an uphill battle to win what could become the most significant First Amendment cases in recent years, particularly if the US Supreme Court gets involved at some point. The Supreme Court has previously ruled that lies or inaccuracies do have some protection under the First Amendment, and that has made it difficult for defamation cases against journalists to prevail, but this case will test just how far that protection goes.

In addition to Hannity, Dominion has also deposed other Fox anchors — including Jeanine Pirro and Tucker Carlson, as well as Shepard Smith, who has left the network — and high-profile figures in the Fox News empire. That includes members of the Murdoch family, which owns Fox in addition to News Corp., the New York Post, and the Wall Street Journal.

NPR reported that Dominion attorneys are trying to prove that Lachlan Murdoch, who presides over those media properties, permitted or even encouraged Fox News to broadcast lies about fraud in the 2020 election despite knowing them to be false. They have also deposed his father, Rupert Murdoch.

Judge Eric Davis has rebuffed Fox’s request to throw out the suit on the basis of several protections for journalists in First Amendment law. The network has argued that in its coverage of the 2020 election, it was merely reporting on newsworthy allegations made by prominent actors against public figures as part of a dispute that had not yet been resolved, which would protect it from libel claims. The network also claimed that its hosts were merely stating opinions that could not be proven true or false and that it had the right to report on defamatory statements that were made during official government meetings.

In the immediate weeks after the election, Carlson also tried to sow doubt about the security of voting machines and called the race “rigged” for Joe Biden. And Pirro lamented that “we are all being told to shut up and move on” after claiming that the “irregularities were beyond minimal” in the election.

Because of statements like these, including by hosts, Dominion says those defenses shouldn’t apply in this case.

“If this case does not rise to the level of defamation by a broadcaster, then nothing does,” it stated in its original complaint.

Previous : How Democrats mostly neutralized Republican attacks on crime in the midterms