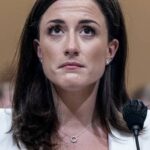 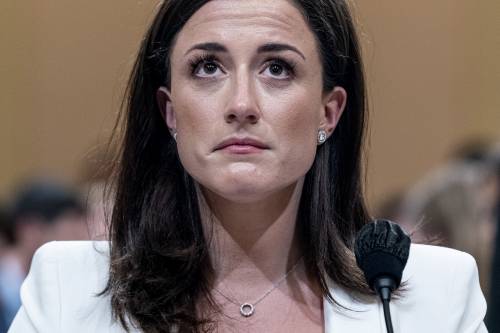 In one fell swoop, former Trump White House aide Cassidy Hutchinson transformed the story of the January 6, 2021, attack on the Capitol.

Hutchinson, who was a top deputy to Trump chief of staff Mark Meadows, revealed a series of stunning details about the events of the Capitol riot during her testimony to the January 6 committee. Hutchinson’s testimony suggests that the president knew in advance that violence was a possibility that day, and may very well have approved of it. He instructed his supporters to go to the Capitol, knowing that they were armed, and planned to join them personally once they arrived. After he was prevented from going personally, he told top aides that his vice president deserved the “hang Mike Pence” chants and that the rioters weren’t doing anything wrong.

Just a few days ago, Donald Trump attempted to downplay the day’s events, describing them as “a simple protest that got out of hand.” This was never credible, but Hutchinson’s testimony has simply demolished it. What once may have plausibly been described as an inchoate violent mob egged on by the president now looks much more like an attempted coup.

How Hutchinson’s testimony changed what we knew about January 6

To understand how Hutchinson changed what we knew about the Capitol attack, it’s helpful to focus on four key moments in her testimony.

1) In a January 2, 2021, conversation, Trump ally Rudy Giuliani told Hutchinson that “we are going to the Capitol, it’s going to be great, the president is going to be there.” When she asked Meadows about what Giuliani said, her boss warned that “things might get real, real bad on January 6.” In the following days, the White House received repeated warnings from intelligence agencies that the rally might turn violent; neither Trump nor Meadows did anything.

This not only indicates that the White House had warning of a very serious risk of violence at the rally, but raises the question of whether the violence was actually planned — that is, what specifically “real, real bad” referred to.

2) On the morning of the attack, when Trump was informed that people in the crowd for his speech had weapons, Hutchinson heard the president say, “I don’t care that they have weapons. They’re not here to hurt me.”

This is the strongest evidence we’ve had that the president had direct and advance warning on the day of the attack that his crowd was prepared for violence, and that he then proceeded to instruct these people to march on the Capitol, indifferent at best that those weapons might be used there. “They’re not here to hurt me” could be read a couple of ways: It could simply be downplaying any threat to Trump’s person, but it could also suggest he believed that they were there to hurt someone else.

3) After his speech, Trump had planned to personally travel to the Capitol with the rioters. Hutchinson was informed by another White House aide that Secret Service agents attempted to take the car back to the White House instead, citing ongoing violence. In response, Trump reportedly tried to physically seize control of the wheel from a Secret Service agent in a failed attempt to drive to the Capitol.

This is the one key detail that Hutchinson herself did not witness, so we can’t be as confident that it happened as described. Nevertheless, the story — together with other evidence, including National Security Council chat logs released by the committee — provides new and strong reasons to believe that the president was set on leading the Capitol mob, even after it turned violent.

4) When the president returned to the White House, he met with Meadows and White House counsel Pat Cipollone and discussed the rioters chanting “hang Mike Pence” in the halls of the Capitol. Hutchinson heard Meadows say, “You heard him, Pat. He thinks Mike deserves it. He doesn’t think they’re doing anything wrong.”

Hutchinson is not the first committee source to describe Trump as approving the idea of Pence’s execution. But hearing more confirmation, together with testimony that he believed that the crowd assaulting police officers and ransacking the Capitol was doing nothing wrong, paints an even clearer picture of a president who not only condoned the violence, but actively approved of it.

Put together and, assuming the details are true, we now have good reason to believe that the violence of the day was not accidental but intentional: that Trump wanted a violent mob to attack the Capitol on his behalf, to use force to disrupt Congress’s certification of the election results and thus give him a chance at illegally holding on to the presidency.

It appears, in short, to be a kind of attempted regime change: a coup that we would have no problem describing as such in any other country but our own.

Legal commentators are already suggesting that the evidence presented by Hutchinson could fuel criminal charges against Trump, such as seditious conspiracy — with one calling it “the smoking gun” necessary to go after the former president. Whether Attorney General Merrick Garland chooses to act on this evidence is an open question; so far, he has appeared very reticent to pursue former Trump officials on issues relating to January 6.

I don’t have much faith that the gravity of this charge will change the way Republicans think and act about Donald Trump. Perhaps this time will be different, and it will prove too much for rank-and-file Republicans — and even for craven power-seekers like Senate Minority Leader Mitch McConnell and House Minority Leader Kevin McCarthy. When it comes to Trump’s offenses, “this time will be different” has a poor track record.

Yet those of us in the press should not judge the import of Hutchinson’s testimony purely by its likely legal and political consequences. One of the most important roles of the press is to tell the truth: to inform the public about what is happening in their country, describing it accurately and honestly to the best of our ability.

And to that end, it is important to be as clear as possible about what Cassidy Hutchinson has done. She told us, in no uncertain terms, that the sitting president at the very least condoned a violent attack that he knew ahead of time was likely — behavior that is, itself, an assault on the foundations of American government. What we do with that, as a democracy, is up to us.

Previous : How blue cities in red states are resisting abortion bans
Next : Another 50 migrant deaths and an ever-climbing body count on the border