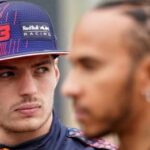 Lewis Hamilton will be handed the opportunity to regain the lead of the world championship after Max Verstappen was thrown to the back of the grid for Sunday’s Russian Grand Prix.

Verstappen was already due to serve a three-place grid drop in Sochi following his extraordinary crash with Hamilton at the Italian Grand Prix.

But the Dutch driver will be forced to claw his way back through the field, punished for taking on his fourth engine – one more than is permitted for the season.

Verstappen’s second engine was damaged beyond repair in his 180mph crash with Hamilton at July’s British Grand Prix.

Verstappen’s demise hands the initiative to his rival with Mercedes, unbeaten on Sochi soil since the race was added to the calendar in 2014, and quickest in practice on Friday.

Hamilton trailed Valtteri Bottas in both sessions. But, if required the Finn will surely be ordered aside to ensure his team-mate takes a full quota of points.

Until news broke of championship leader Verstappen’s penalty, the two protagonists had been expected to renew their fascinating battle, a fortnight on from their second major collision of the season.

In the build-up to Sunday’s race, Hamilton claimed his 23-year-old rival is feeling the pressure of battling for his maiden championship.

But Horner said: “I don’t see any change in Max. He is a young guy, he is going for it, and has nothing to lose.

“He is not sitting there with a bunch of world championships defending the title. He is the challenger.

“That is the way he is attacking this championship and when you see the pressure he was under at Zandvoort, with his home crowd, you don’t get bigger pressure than that, and the way he handled it to win was truly impressive.”

Practice played out under crisp blue skies on Friday, but heavy rain is forecast to hit Sochi for qualifying.

Previous : Pep Guardiola puts Chelsea defeats behind him as City prepare for new challenge
Next : Filmmaker revisits case that challenged her and her 2 moms