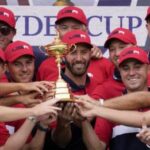 How did Europe lose the Ryder Cup? 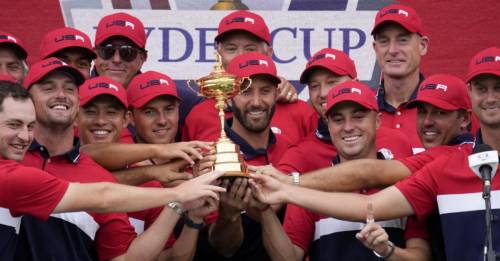 Europe suffered a crushing defeat in their defence of the 43rd Ryder Cup at Whistling Straits, losing by a record margin to a dominant United States side.

World number two Dustin Johnson became the first American player since Larry Nelson in 1981 to compile a perfect 5-0 record, with all 12 players contributing at least a point before the singles.

Here, the PA news agency’s golf correspondent Phil Casey looks at the key factors behind the 19-9 wipeout in Wisconsin.

When did it start to go wrong?

Arguably the answer to that question can be found as far back as May 2019, when Europe captain Padraig Harrington’s request to have three wild cards rather than the four Thomas Bjorn had the previous year was approved by the European Tour’s tournament committee.

When the coronavirus pandemic decimated the golfing calendar and forced a one-year delay, Harrington was given the chance to have up to eight wild cards but stuck to his guns, believing that being selected places even more pressure on players to perform.

Why did that cause a problem?

Because five into three does not go and five of Europe’s most experienced – and best – players failed to qualify.

Harrington would have wanted Sergio Garcia, Ian Poulter, Justin Rose, Henrik Stenson and Shane Lowry in the automatic qualifying places to free up his wild card selections, but the first four failed to do so and Lowry was bumped out of the team in the final event by Bernd Wiesberger.

Already the event’s record points scorer, Garcia was an unqualified success as he partnered fellow Spaniard Jon Rahm to three wins, while Lowry holed a vital par putt on the 18th to secure victory alongside Tyrrell Hatton in Saturday’s fourballs.

However, Poulter suffered two heavy defeats with Rory McIlroy before maintaining his proud unbeaten record in the singles with victory over Tony Finau.

What about the automatic qualifiers?

McIlroy was woefully out of sorts, failing to make a single birdie in the Saturday fourballs after being left out of a session for the first time in his Ryder Cup career, although he did at least win his singles match.

Lee Westwood and Matt Fitzpatrick were not in great form coming into the week but were paired together twice in foursomes and lost twice, while Paul Casey lost all four of his matches, though all were against Johnson. Rookie Viktor Hovland played all five matches and managed half a point, while Tommy Fleetwood won one and Bernd Wiesberger none.

Hindsight, of course, is 20-20, but sending Westwood and Fitzpatrick out again in foursomes after their initial loss was a curious choice, while Fleetwood and Lowry both playing just twice before the singles, and in fourballs rather than foursomes, was also questionable.

Leaving Garcia out of the first day’s fourballs arguably cost half a point – Rahm and Hatton halved their match with Bryson DeChambeau and Scottie Scheffler – although keeping the 41-year-old  fresh for day two did pay off with two wins.

What about the opposition?

Unquestionably the biggest factor was the strength of the US team, which included eight of the world’s top 10 while world number 21 Scottie Scheffler was the hosts’ lowest ranked player.

Worryingly for Europe, the United States also look to have found at least strong pairings to rely on going forward in Justin Thomas and Jordan Spieth, Cantlay and Schauffele, and Morikawa and Johnson.