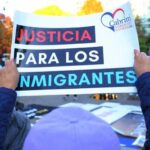 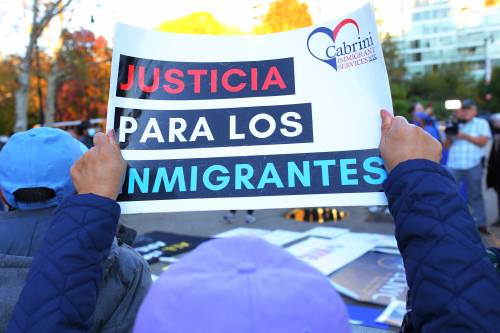 Democrats may have just blown their best shot at enacting temporary protections for undocumented immigrants.

The failure of Democrats’ immigration plan means that millions of undocumented immigrants will continue to live without protection from deportation and permission to work that could have come through a “parole” measure.

Democrats hoped to include provisions shielding undocumented immigrants from deportation for a period of five years and allowing those who arrived in the US prior to 2011 — numbering an estimated 7 million — to apply for five-year renewable employment authorization in their $2.2 trillion climate and spending bill, known as the Build Back Better Act.

But on Thursday, it was announced that Senate parliamentarian Elizabeth MacDonough has decided they can’t do that.

MacDonough was asked to weigh in because Democrats are trying to pass the Build Back Better Act through budget reconciliation, a special legislative process that allows measures to pass the Senate with a simple majority. Since Democrats have a one-vote majority, reconciliation allows them to bypass the need for Republican support. Congressional rules require reconciliation measures to be related to the budget, and the parliamentarian is tasked with determining what can and cannot be passed in this way.

MacDonough has repeatedly said that immigration reform has effects that go beyond the budget, and has shot down Democrats’ immigration proposals twice before in recent months. Democrats have pared down their proposals in response. Now MacDonough appears to have decided that even their latest and narrowest plan for reform would have impacts far outweighing its budgetary consequences, making it inappropriate to include in a reconciliation bill.

It’s unclear where Democrats can go from here on immigration. With only a narrow majority in the House, a 50-50 Senate, and intense polarization on immigration, there is little room for them to pass remedial fixes for undocumented immigrants living under the threat of deportation — let alone the kind of far-reaching systemic reforms that they have promised voters for years. And to the extent that there is any such opportunity for smaller reform, it may evaporate next year if Republicans gain control of the House or the Senate or both.

Parole was an important part of Democrats’ plan. It doesn’t give undocumented immigrants legal status, but it is a temporary protection from deportation that, when coupled with employment authorization, gives undocumented people assurance that they can continue to live and work in the US for a set amount of time. Democrats’ inability to include parole and work permit provisions in the Build Back Better Act therefore leaves undocumented immigrants in limbo.

For families with mixed immigration status, that might mean that US citizen children will have to live with the risk that their parents will be deported. Undocumented workers may not come forward to exercise their labor rights for fear of the immigration consequences.

Beneficiaries of other kinds of temporary legal status — including the Obama-era Deferred Action for Childhood Arrivals (DACA) program and Temporary Protected Status — will have no assurance that they can remain in the US beyond 18 months to two years.

And as is the case now, undocumented immigrants who have an immediate US citizen family member won’t be able to get a green card. In order to apply for a green card, an immigrant has to be lawfully admitted to the US or paroled into the country. Without parole, they can’t meet that prerequisite.

Those people might be waiting a while longer for Democrats to deliver them any kind of solution to their current limbo. And there is little hope for assistance from Republican lawmakers. Democrats attempted to go it alone on immigration in part because there just isn’t appetite for bipartisan compromise. Republicans have insisted on pairing border security measures that many Democrats oppose with any kind of relief for the undocumented.

And given the upcoming midterms, Republicans might not be interested in working with Democrats on immigration reform at all, especially since they have sought to use immigration as an electoral weapon against the Biden administration and the Democratic Party.

“I don’t think there’s any illusions that we’ll be back at it next year with something bigger,” said Frank Sharry, executive director of the immigrant advocacy group America’s Voice. “This is probably our last shot.”

Democrats have limited options to make progress on immigration

Senate Democrats so far have dismissed the idea of overruling the parliamentarian, but there could be mounting pressure from activists and progressives to do so, especially after her latest ruling.

“I think there’ll be a lot of groups that will say, ‘Come on, Democrats. You have to use your majority to get this done. Her advisory opinion is just that,” Sharry said.

The parliamentarian’s decision is technically nonbinding advice that Democrats could override. But many have been unwilling to do so, in part because it could create a precedent under which Republicans might overrule the parliamentarian to push through their own political goals in the future.

But Sen. Dick Durbin (D-IL), a key proponent of immigration reform, has signaled that he would be open to disregarding the parliamentarian’s decision.

“I’d vote for that,” he told the LA Times recently. “I hope it doesn’t come to that.”

Democrats are still planning to present MacDonough with additional immigration proposals, and will likely do so early next year. Senate Majority Leader Chuck Schumer originally hoped to pass the Build Back Better Act before Christmas, but that plan has been derailed by concerns over spending raised by moderate Sen. Joe Manchin (D-WV). Democrats now hope to pass the legislation early in 2022.

“It’s not as if she has said that you can’t do immigration at all, which she could have said the first two times that Democrats talked to her. So I think there’s definitely an opening there to work with her and see what she feels would meet the requirements,” said Kerri Talbot, deputy director for the advocacy group Immigration Hub who has been working with Democrats on their proposals for the parliamentarian.

There are other potential immigration provisions that were included in the House version of the bill. That includes a provision that would recover millions of green cards that went unused in the years since 1992. Under current law, any allotted green cards not issued by the end of the year become unavailable for the following year. In 2021, the US failed to issue some 80,000 green cards due to processing delays, and those cards have now gone to waste.

Another provision would allow people who have been waiting to be issued a green card for at least two years to pay additional fees to bypass certain annual and per-country limitations and become permanent residents years, if not decades, sooner than they would have otherwise. And it would preserve green cards for diversity visa winners from countries with low levels of immigration to the US who were prevented from entering the country on account of Trump-era travel bans and the pandemic.

Beyond those provisions, there probably won’t be any more movement on immigration for the foreseeable future in Congress. And it remains an open question whether any of the alternatives can pass muster with the parliamentarian.

Millions turn to Vox to understand what’s happening in the news. Our mission has never been more vital than it is in this moment: to empower through understanding. Financial contributions from our readers are a critical part of supporting our resource-intensive work and help us keep our journalism free for all. Please consider making a contribution to Vox today to help us keep our work free for all.

Previous : A Chef’s Tasting in a Bathrobe, at Bathhouse Kitchen
Next : January 6 texts from Fox hosts reveal the lie at the heart of the conservative movement