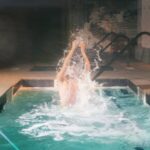 A Chef’s Tasting in a Bathrobe, at Bathhouse Kitchen

Bathhouse, a ten-thousand-square-foot restaurant and underground spa that opened in Williamsburg in 2019, is not a Turkish hammam, a Russian banya, or a Korean jjimjilbang, though it integrates elements from all three. Jason Goodman, one of its founders, wanted to create a bath complex unconstrained by any particular tradition. He sought something more universal, transcendent, and atavistic—a cosmopolitan spiritual sanatorium offering what he calls “an uncomplicated borderline-primal human experience.” He once encountered, in National Geographic, a photograph of droopy-eyed snow monkeys lolling about in hot springs and felt an instant affinity with them. “They were all in there together, and they were grooming each other,” he told me recently. “That’s who we really are.” 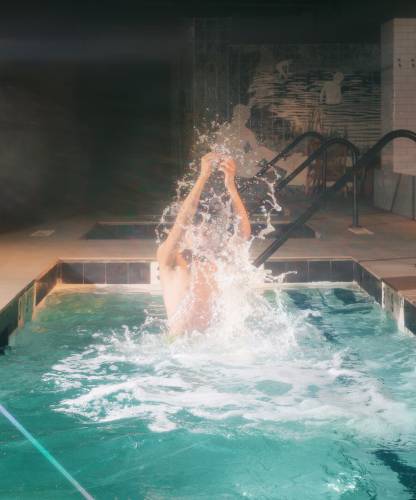 Goodman’s earliest foray into ritualized perspiration occurred twenty-five years ago, in the mountains of north Georgia, when he was invited by a friend of Cherokee heritage to participate in a sweat-lodge ceremony. For several hours, Goodman starfished on the ground, fading in and out of consciousness beside a pit of hot stones. “I thought I might die,” he recalled, smiling. His refined-caveman diet informs his vision for Bathhouse, too; since 2010, he has abstained from grains and processed sugar. His mission, according to his LinkedIn profile, is to “keep all you peak performers out there fully optimized”; the spa’s Instagram page is a shrine to chiselled abs and callipygian curves. For the restaurant, Bathhouse Kitchen (where, on a heated patio, you can eat without purchasing entry to the spa), Goodman hired the chef Anthony Sousa, a veteran of Chez Ma Tante and Eleven Madison Park, and instructed him to design a menu that would leave eaters feeling “alive.” There was a practical consideration as well. “We omitted anything known to massively spike your insulin and make you crash,” Goodman said. “We didn’t want people passing out.” 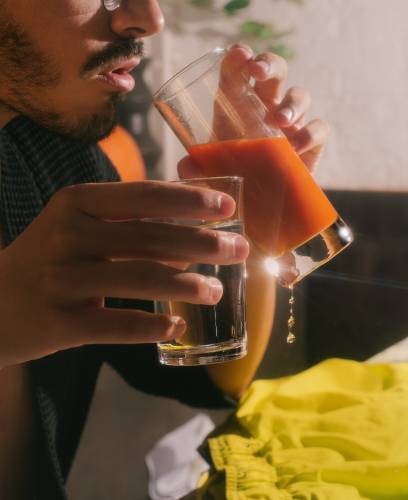 The chef Anthony Sousa, a veteran of Chez Ma Tante and Eleven Madison Park, has designed a minimalist but exquisite menu that omits grains and processed sugar.

On a recent visit, I didn’t pass out, but after a two-hour “journey”—alternating between the dry sauna (190°F), the cold-plunge pool (52°F), and the steam room (115°F)—I did show signs of what the regulars call “spa brain,” a state of such deep relaxation that basic executive functions seem positively arduous. Rather than select from a menu, I went for the Chef’s Tasting, leaving all decisions to Sousa. 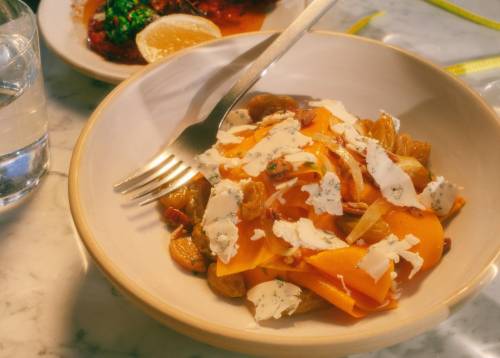 My first course featured Nantucket Bay scallops—sweet, warm jewels glazed in a compound butter with Calabrian chilies and lemon zest, presented with delectably briny sea beans, and potatoes boiled in seaweed stock. Then came pork cheeks braised in Cognac, sherry vinegar, and mushroom bouillon and dressed in a chunky parsley oil—a triumph. Lastly, a perfect cut of duck arrived—which Sousa had aged for a week, rubbed down with a black-garlic and sherry glaze, then roasted—atop a bed of foraged mountain huckleberries. 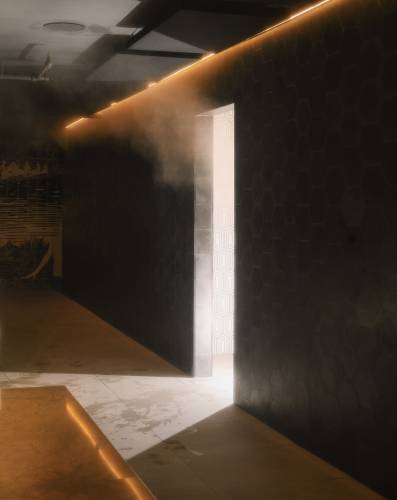 The vegetable accompaniment was just as satisfying. It would never have occurred to me to order cabbage, and I was glad to be in the safekeeping of Sousa’s good taste: he steamed whole heads of caraflex cabbage, gave them a hard char, and flavored them with miso, lemon, garlic, chives, smoked Pecorino, and onion jam. For the lovely butternut-squash salad, Sousa served the squash raw, thinly sliced, and tossed with golden raisins, pecans, onion, tarragon, and blue cheese. It was easily the funkiest dish I’ve ever consumed in a bathrobe. 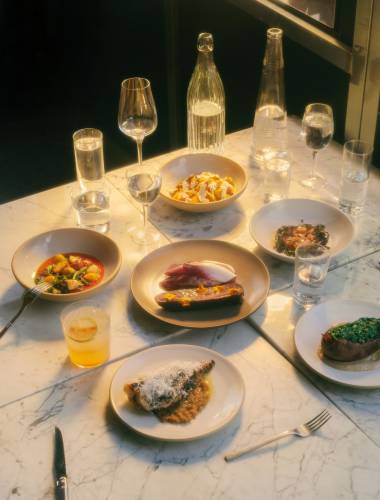 The four-course meal was whimsical and excellent. There was a faint smell of ayahuasca in the air; the house incense is made, in part, from resin left over after psychedelic religious ceremonies. Nineteen-seventies British funk flowed from speakers hidden amid tropical plants. By dessert, a pear sorbet with a pecan-and-coconut crumble, my spa-brain buzz had reached its apex. It was enough to make one feel primal—alive—like a well-fed snow monkey in a hot spring. (Dishes $8-$37. Chef’s Tasting $85.) ♦