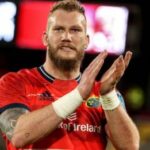 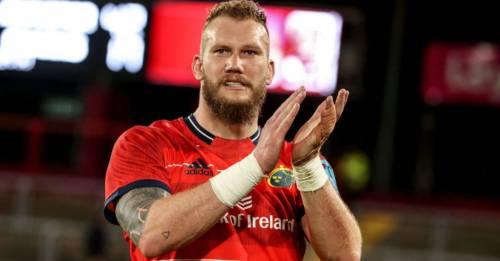 Munster’s worse fears have been confirmed with news that RG Snyman sustained a rerupture of his cruciate ligament in Sunday’s United Rugby Championship win against Scarlets.

As the Irish Examiner reports, the 26-year-old lock featured off the bench in Parc y Scarlets and nine minutes later was forced off after rupturing his anterior cruciate ligament (ACL).

The World Cup-winning Springbok will meet with a specialist next to discuss surgery and management.

Snyman has missed a large part of the past 18 months with his first tear of the ligament and then had a further blow when he underwent skin graft surgery after getting burned in a fire pit incident.

“After doing everything that was asked of him and working so hard to get back into great shape everyone feels for him right now.

“While this is a setback, we know RG is young and resilient given everything he has gone through in the last year so there is a strong sense of perspective here.

“We have seen what other world class players have done in this position before and they have come back to reach the successful heights of their careers and I would expect no different for someone of RG’s class and standing.”

Reacting to the news himself on Instagram, Snyman signalled his determination to once more rebound from this latest setback.

Previous : Idaho reaches deal to reimburse hunters who kill wolves
Next : Liverpool’s Diogo Jota could make return from Portugal due to muscle issue