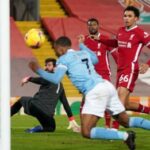 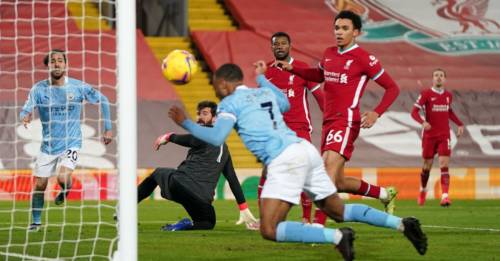 The Premier League enters its seventh round of fixtures and the last before the October international break.

Here, the PA news agency takes a look at the main talking points ahead of this weekend’s action.

Who will land the first blow?

It is too early to call Manchester City’s visit to Anfield to face Liverpool a possible decisive fixture in the title race, but it will give us an insight into how the land lies.

This is a strong rivalry that has developed over the last few years as both sides have pushed each other on to greater things.

It is fitting that they occupy the top two positions going into the weekend thanks to promising starts to the season. Liverpool is the only unbeaten team in the division, while City have not conceded a goal since their opening day defeat at Tottenham.

But Pep Guardiola’s men are travelling up the M62 on the back of a tough week, having visited Chelsea last week and then lost to Paris St Germain in the Champions League in midweek.

It has been 16 games since Norwich last picked up a point in the Premier League, stretching back to the week before the coronavirus pandemic halted football in March 2020.

Defeat after defeat has followed, culminating in their six-game losing streak at the start of this campaign. There is still time to save their season, but you sense it has to start at Burnley this weekend. T

he Clarets are having their customary slow start and are also winless, with just two draws so far. Both sides will be eyeing this encounter at Turf Moor as a way to kickstart their season.

The other winless three

Norwich and Burnley are not alone in not winning any of their first six games as Newcastle, Leeds and Southampton are also yet to taste victory, meaning five teams are without a win after six matches for the first time in England’s top flight since 1964-65.

Marcelo Bielsa’s position at Leeds seems safe but Newcastle fans have been chanting for Steve Bruce’s head and Ralph Hasenhuttl has admitted to feeling the pressure.

Southampton look to have the hardest task in breaking their duck as they visit Chelsea, but Newcastle and Leeds could be more optimistic as they visit Wolves and host Watford respectively.

For the third time this season Manchester United play in Saturday’s 12.30pm slot as they welcome Everton to Old Trafford.

It is another quick turnaround for United, who were in action on Wednesday night in the Champions League, where Cristiano Ronaldo’s late intervention earned a 2-1 win over Villareal.

Ole Gunnar Solskjaer’s men lost last week in a limp performance against Aston Villa having been in action the previous Wednesday, so the Norwegian will be hoping for no repeat. But it will be a tough test against the Toffees, who could go above United with a win at Old Trafford, having made an excellent start under Rafael Benitez.

Will Harry Kane break his duck?

For most other strikers five games without a goal is not too much of a drama, but for Harry Kane it is a bona fide drought.

The England captain has endured a torrid start to the season with Tottenham where there seems to be a clear hangover from his transfer saga in the summer.

Spurs’ total lack of creativity has not helped as he has been starved of service and has barely looked like scoring.

He has never opened a Premier League season without scoring in one of the first six games, so, having bagged a hat-trick in midweek in the Europa Conference League, he will be hoping to continue that run when Aston Villa head to the Tottenham Hotspur Stadium on Sunday.