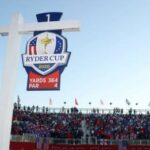 Ryder Cup: Hostility in short supply as Europe tee off 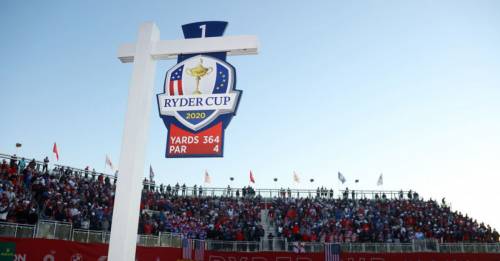 If Europe’s players were concerned about facing a hostile atmosphere in their defence of the Ryder Cup they need not have worried – at least for now.

Maybe it was the charm offensive in practice, when they wore the colours of local NFL side the Green Bay Packers and threw souvenirs into the crowd, which resulted in a somewhat subdued scene around the first tee on Friday.

Or maybe it was the fact that it was still cold enough at 7am that there was no need to refrigerate the beer which could well result in a livelier atmosphere later in the day.

Even the booing of the European players felt a little half-hearted and more suited to a Christmas panto in Guildford than one of the biggest sporting events in the world  – no offence to pantomime fans in the Surrey area.

Tony Finau and Bryson DeChambeau did their best to whip up the home fans, DeChambeau conducting a chorus of U-S-A by getting various sections of the grandstand to shout the different letters in order.

But the absence of large numbers of European fans was keenly felt, with around eight self-appointed “Guardians of the Cup” attempting a weak version of the ‘thunderclap’ made popular by Iceland’s football fans during the 2016 European Championships and used to great effect in Paris three years ago.

A cry of “Padraig you look nervous” was greeted with a response of “Go Paddy” from a lone European fan waving an Irish flag, while a shout of “Viva Espana, come on boys” directed at Jon Rahm and Sergio Garcia also came in a suspiciously Irish accent.

It fell to Garcia to get the contest under way with a tee shot tugged into one of the myriad of bunkers on the Whistling Straits course, while Justin Thomas went first for their opponents and split the fairway.

Rahm’s escape from the sand rolled just off the back edge of the green, but Garcia then almost holed his chip and Thomas missed his birdie putt following a superb approach from playing partner Jordan Spieth.

With that the eagerly-anticipated 43rd Ryder Cup, postponed by a year due to the coronavirus pandemic, was finally under way and the battle to retain or regain the coveted gold trophy fully joined.