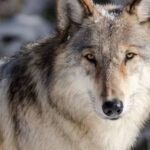 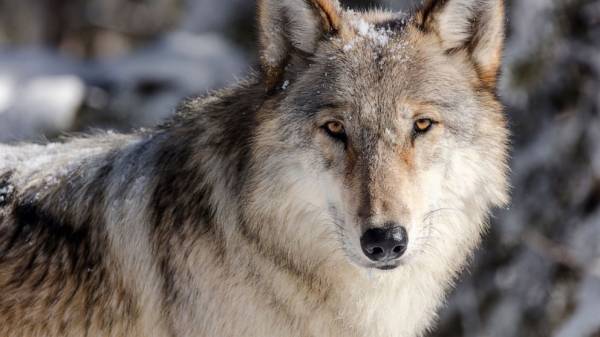 BOISE, Idaho — Idaho officials will make available up to $200,000 to be divided into payments for hunters and trappers who kill wolves in the state through next summer.

The Idaho Department of Fish and Game late last month entered into an agreement with a nonprofit hunting group to reimburse the expenses for a proven kill.

The agreement follows a change in Idaho law aimed at killing more wolves that are blamed for attacking livestock and reducing deer and elk herds. Montana this year also expanded when, where and how wolves can be killed.

The U.S. Fish and Wildlife Service, at the request of environmental groups concerned about the expanded wolf killing in the two states, last month announced a yearlong review to see if wolves in the U.S. West should be relisted under the Endangered Species Act.

Idaho has managed wolves since they were taken off the list in 2011. State wildlife managers had been incrementally increasing wolf harvest during that time, but not fast enough for lawmakers, who earlier this year passed the law backed by some trappers and the powerful ranching sector.

“It is my opinion that they (U.S. Fish and Wildlife) will be looking at the change in harvest in Idaho over the next 12 months and looking at the components of that, and if there is a large change, and if it can be attributed to a change in regulatory mechanisms, that might be of considerable interest to them,” Schriever told lawmakers.

“I don’t think this thing is going to jump off of the rails, but I will assure you we are watching this very closely,” he said.

Schriever told lawmakers that wolf mortality through early September has not had a big spike compared to previous years. The new law took effect on July 1.

Idaho is also facing a potential lawsuit concerning the possible killing of federally protected grizzly bears and lynx due to the new law. Another environmental group has asked the U.S. Forest Service to protect wolves in wilderness areas in the two states from professional contract hunters and private reimbursement programs.

Idaho Republican Gov. Brad Little earlier this year signed the measure lawmakers said could lead to killing 90% of the state’s 1,500 wolves before federal authorities would take over management. Schriever said a new wolf population estimate will be available in January.

The $200,000 to pay for the reimbursement program is coming from licenses and fees paid by hunters to Fish and Game. That money will then be distributed by the state’s Wolf Depredation Control Board in the agreement with the Foundation for Wildlife Management, a hunting group that describes its mission as protecting deer and elk herds.

According the group’s website, the reimbursement program pays $2,500 for killing a wolf in an area where Fish and Game says wolves are chronically preying on livestock. The agency defines that as areas where at least one confirmed or probable livestock depredation has occurred each year for five years.

The group is paying $2,000 per wolf in hunting units where Fish and Game says predators are keeping elk from meeting management objectives. Hunters will get $1,000 per wolf in the northern tip of the state, and $500 elsewhere. The group notes reimbursements will be cut significantly if the money starts running out before June 2022.

Most of the high-dollar reimbursements are in central and west-central Idaho, and include designated wilderness areas.

“This bounty system for wolves is one of the things that would contribute to the relisting of wolves,” said Jonathan Oppenheimer of the Idaho Conservation League, one of the groups that requested federal officials consider relisting. “This was a foreseeable consequence that the Fish and Wildlife Service would take a close look at some of the changes that were made.”

Besides setting up the reimbursement program, the new law also expands killing methods to include trapping and snaring wolves on a single hunting tag, no restriction on hunting hours, using night-vision equipment with a permit, using bait and dogs, and allowing hunting from motor vehicles. It also authorizes year-round wolf trapping on private property.

In Montana, state wildlife authorities approved a statewide harvest quota of 450 wolves, about 40% of the state’s wolf population. Methods for killing wolves that were previously outlawed can now be used. Those include snaring, baiting and night hunting. Trapping seasons have also been expanded.

Previous : The Evolution of an Empire, at Momofuku Ssäm Bar
Next : Munster confirm RG Snyman reruptured his cruciate ligament