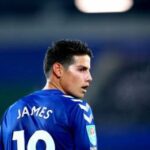 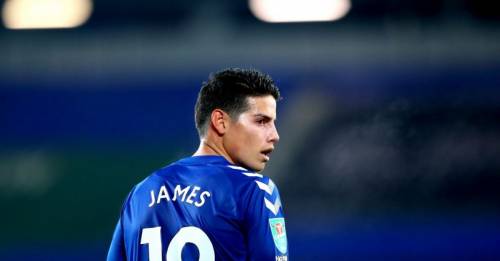 Out-of-favour Everton playmaker James Rodriguez has travelled to Qatar to discuss a move to the Middle East.

The PA news agency understands the Colombia international is to have talks with Al-Rayyan – managed by the former France player and coach Laurent Blanc – with the transfer window in the region still open until the end of the month.

Rodriguez was told by new manager Rafael Benitez he was not in his plans after taking over from Carlo Ancelotti, who brought in the South American having worked with him at Real Madrid.

Summer moves to Porto and Turkish side Basaksehir failed to materialise and Benitez admitted a couple of weeks ago it would be difficult to now offload the club’s highest earner, on a reported £200,000 a week.

However, the one escape route he suggested now appears to be an option after he said on September 10, “It was not easy, because he was available in the transfer window. Now that we have just the Middle East window open, it’s not easy.”

Rodriguez has yet to feature in a matchday squad for Everton after Benitez said he was behind the other players in terms of match fitness.

Previous : Carabao Cup ‘gold’ for Liverpool as Reds prepare to give youth a chance again
Next : An Accidental Collection