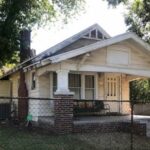 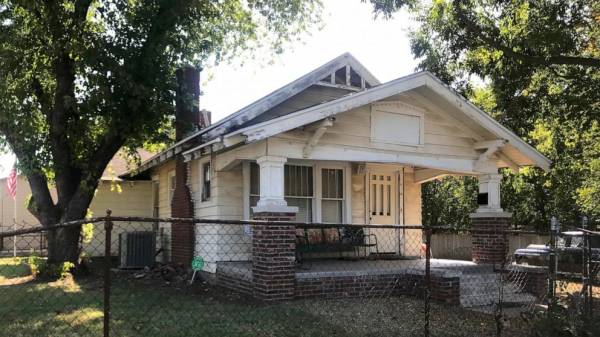 TULSA, Oklahoma — This summer, it was Leonardo DiCaprio. Then it was Green Day. A tiny museum in Tulsa, Oklahoma, dedicated to a movie classic and run by an entertainer, is drawing big names in the Heartland.

The Outsiders House Museum was created by Danny Boy O’Connor, formerly of the hip-hop group House of Pain. It’s been a labor of love for O’Connor, who bought the house several years ago and renovated it.

The modest white bungalow with a wide front porch was used as a central set in the 1983 film “The Outsiders,” which was based on S.E. Hinton’s classic 1967 novel of the same name.

“That was our ‘Gone with the Wind.’ That was our ‘American Graffiti.’ Every generation finds the cool archetypes of who we could be, and that for me was the movie,” O’Connor said in a recent interview inside the house. He said visitors have ranged “from 8 to 80 — to everything in between. It’s usually the whole family. It’s a family museum.”

The museum also includes memorabilia from the film set, including furniture, photos, posters and the leather jacket worn by Dillon’s character, Dallas Winston.

“The Outsiders” takes place in Oklahoma in the 1960s and features rival teen gangs: the Socs, short for Socials, and the Greasers. The house was home to the Curtis brothers and a hangout for their Greaser friends.

The building was in disrepair when O’Connor bought it back in 2015 after visiting the tenants and tracking down the owner. Before he embarked on the project, he hadn’t been sure what he was going to do next, having plowed through most of his savings.

Still, when he would crisscross the country on tours or just traveling, he’d always make a beeline for Oklahoma.

“This is phenomenal. And I mean that in the true sense of the word. I didn’t know what I was doing. I saw a house from one of my favorite movies,” said O’Connor, 52.

He started a GoFundMe to raise money for repairs and restorations.

“Tulsans helped me,” he said. “People from the movie helped me. Okies helped me.”

DiCaprio, who was in northeast Oklahoma for filming of “Killers of the Flower Moon,” showed up to the Outsiders House during business hours and took a tour in July. He has since been photographed at other museums in the area, including the Oklahoma City National Memorial & Museum.

“He said anytime he does a movie, he tries to see a museum,” O’Connor said, adding that the actor had once read for a TV version of “The Outsiders.”

Soon other actors from “Killers of the Flower Moon” stopped by as well.

Green Day, in Tulsa for a surprise show at Cain’s Ballroom, also called and asked to stop by. “They came through and were fans as well,” O’Connor said, noting that frontman Billie Joe Armstrong has ties to Oklahoma — his mother is from the Sooner State.

Other visitors have included Hinton.

Now, O’Connor is preparing for a showing of a 4K Blu-ray edition of the film, part of a weekend of events Sept. 25-26. A plaque will be dedicated at Tulsa’s Circle Cinema, with remarks from O’Connor, Tulsa Mayor G.T. Bynum, and California librarian Jo Ellen Misakian, among others.

Misakian, many say, was the impetus for the Hinton novel becoming a movie. She sent Coppola a letter signed by over 300 students explaining that the book was cult reading among teens.

“The series of miracles that had to happen for him to get the letters is incredible,” O’Connor said.