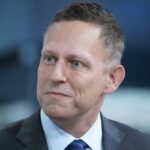 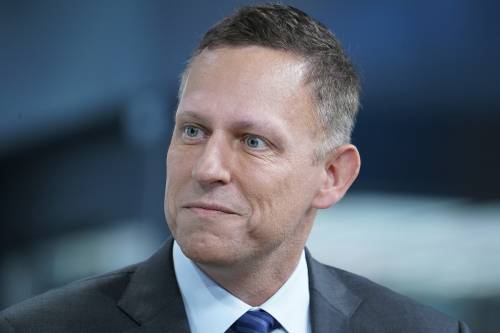 Early Facebook investor Peter Thiel plans to resign from its parent company Meta’s board, the company announced on Monday.

Thiel’s departure is significant because he is a rare outspoken supporter of Donald Trump among Silicon Valley business leaders, and has been a key adviser to Meta CEO Mark Zuckerberg on political issues.

Thiel is reportedly leaving to focus on supporting candidates running for office who align with the Trump agenda, according to the New York Times and the Wall Street Journal.

During the 2016 elections, Thiel became one of Trump’s strongest allies among largely left-leaning tech leaders. The famously contrarian business leader has drawn criticism inside and outside of Facebook because of his politics. Former Meta board member and Netflix CEO Reed Hastings reportedly told Thiel in August 2016 that he displayed “catastrophically bad judgment” for publicly supporting Trump, according to an email reported by Times. But during Trump’s presidency, Zuckerberg turned to Thiel for advice — such as when he seemed to listen to Thiel’s input not to bow to public pressure to fact-check political ads in 2019, as reported by the Wall Street Journal.

“Peter has been a valuable member of our board and I’m deeply grateful for everything he has done for our company — from believing in us when few others would, to teaching me so many lessons about business, economics, and the world,” said Zuckerberg, in part, in a company press release on Monday about Thiel’s plans.

Thiel was an early investor in Facebook, and has served on the company’s board since its infancy in 2005. He’s given Zuckerberg key leadership advice during formative moments, including encouraging the CEO to take bigger risks. Previously, Thiel co-founded and was CEO of PayPal; he is also currently chairman of data analytics firm Palantir.

“It has been a privilege to work with one of the great entrepreneurs of our time,” said Thiel in a Meta press release on Monday. “Mark Zuckerberg’s intelligence, energy, and conscientiousness are tremendous. His talents will serve Meta well as he leads the company into a new era.”

In the liberal bubble of Silicon Valley, Thiel established a reputation as a political contrarian. He contributed millions to super PACs that supported Trump’s campaign, spoke at the Republican National Convention on Trump’s behalf, and served as an adviser to Trump. He also drew headlines for being the secret funder of a lawsuit against the blog Gawker that drove the company out of business in 2016 (the website restarted last year under new ownership).

Former Facebook public policy director Katie Harbath, who was the company’s first Republican employee in DC, said that Thiel’s politics may have been a distraction from the company’s business agenda.

“I don’t think that Mark [Zuckerberg] wants politics or anything interfering with this attempt to pivot toward the metaverse, so I guess it’s somewhat of a long time coming,” said Harbath. The big question now is whether Meta will decide to replace Thiel’s position, and if so, if that person will also be openly conservative.

“My biggest concern is diversity of thought and voices,” said Harbath.

Zuckerberg still retains majority voting power over Meta’s board, so the decision about who might replace Thiel is up to the CEO. But Thiel’s departure will inevitably shift the political dynamics of the company’s leadership, given Thiel’s stance firmly to the right of most tech business leaders.

Previous : Why you (probably) won’t finish reading this story
Next : Zhuzhed-Up Italian, at Ci Siamo