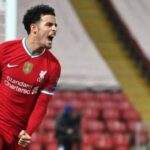 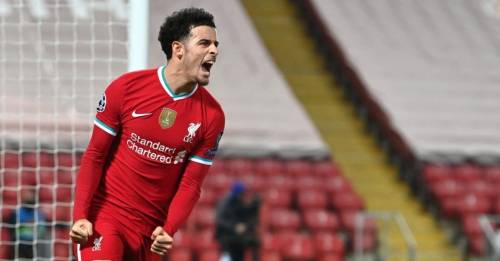 Liverpool’s assistant manager Pep Lijnders insists the Carabao Cup has been “gold” for the club despite them not winning it for almost a decade.

The Reds may not have lifted the League Cup in its various formats since 2012 but Lijnders said there are other ways to gauge success and one of those is the opportunities it gives to expose their academy players.

One of those graduates, the 20-year-old Curtis Jones, has already been told he will make his 50th Liverpool appearance against Norwich in the third-round tie at Carrow Road.

But another just starting out on his journey to the first team is 16-year-old Kaide Gordon, signed from Derby in February, who also looks set to be involved after being withdrawn from the under-23s squad beaten by Leeds on Sunday.

“First of all, this League Cup competition has proven gold for us,” said Lijnders.

“I want to give one (name) who is going to start tomorrow and that is Curtis Jones. Why do I want to say his name? Because he will play his 50th game.

“It all started with these kind of games. There are so many diamonds, so many special players, who just can’t wait to make these steps so it is important we keep doing this.

“With one we push, we inspire the entire academy so we have to keep the logic of the inside pathway.”

Gordon, a winger, has similar potential and Lijnders admits he could not wait to tell manager Jurgen Klopp after watching the youngster in training this summer.

“Before pre-season we always make sure our biggest talents start a week earlier than we start. They start with the under-U23s so I went to the training ground, watching and I saw one player and he has fire in each moment that he touches the ball.

“He passes players like they are not standing there. I called Jurgen immediately and was like, ‘Wow! We have a new player here’.”

Liverpool always take a number of youth-team players to the first team’s training camp and Gordon was one of those this year.

And the decision by Klopp and Lijnders was rubber-stamped by the established players.

“When do you know you have a good player around you? It is when the senior players start taking care of this young player,” Lijnders added.

“So when you see James Milner speaking with Kaide, when you see Trent (Alexander-Arnold) becoming like a proper mentor to him, when you see that they invite him to sit at the table.

“All our boys invited him in the group and that made it, not easier, but it made it good for him to adapt to our team and our style.”

Lijnders believes Gordon is already developing in the mould of the likes of Mohamed Salah and Sadio Mane.

“He is a typical Liverpool Football Club winger in my opinion because he has goals, he has speed,” he added.

“He has a goal in him and he has this natural ability to be in the box between the goal posts to score even when a cross comes from the opposite side and not many talents have that.

“They maybe have dribbling skills but they don’t have that desire to shoot, to come in the box, to score. We really like him and really like that he is with us.”

Other players who can expect some much-needed pitch time at Norwich include midfielder Alex Oxlade-Chamberlain, forward Takumi Minamino and Divock Origi and defenders Ibrahim Konate and Nat Phillips.

Midfielder Thiago Alcantara will miss at least the next two matches with a calf problem sustained against Crystal Palace at the weekend, although he was unlikely to feature in Tuesday’s Carabao Cup tie in any case.