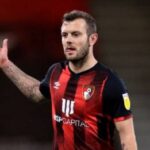 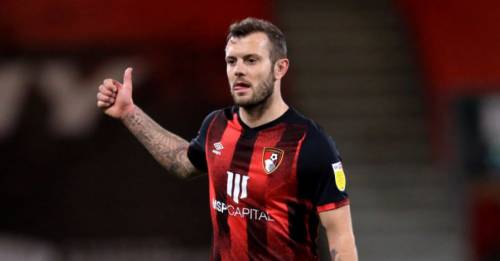 Jack Wilshere is training with Arsenal as his former club support him with his future in the game.

The 29-year-old has been a free agent since his deal at Bournemouth expired at the end of last season.

He spent a short time last month training with Serie B outfit Como having spoken about his lack of offers and the impact it was having on his mental health.

Arsenal manager Mikel Arteta was then asked if Wilshere would be welcome back to the club to train, replying “the door is always open”.

Now Wilshere, who played 197 games for Arsenal over 10 years, is training predominantly with the under-23s at the club’s London Colney training centre.

The PA news agency understands he will occasionally join in with the first team and use the opportunity to study coaching approaches in an agreement that will run until the end of January.

“What you should believe is that we want to help Jack prepare for his next stage, physically, mentally,” Arteta told the club’s official website.

“He wants to do his coaching badges again and we are prepared to fulfil all the needs that he wants. That is basically the idea and it is no further than that.

“I am very happy to have him back.

“We had a conversation with Jack and understand the needs that he has, the period that he is going through and I think everyone at the club agreed it was the right moment to help him.

“We sat down with him and we listened to what he wanted to do and what stage he is and we are prepared to do anything we can to help him.

When speaking about a potential link-up with Wilshere last month, Arteta played down any chances of the England midfielder signing for the club.

Previous : Andy Murray has his tennis shoes stolen – with his wedding ring tied to them
Next : Amnesty International appeal to the Premier League over Saudi-led takeover of Newcastle