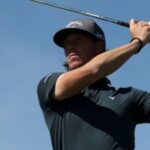 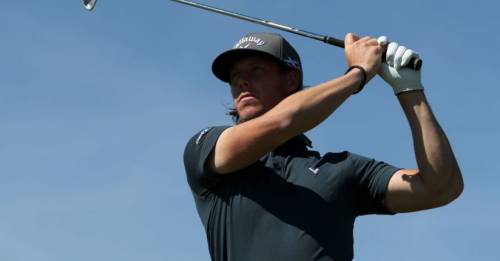 Sweden’s Kristoffer Broberg holds a narrow lead at the halfway stage of the Dutch Open after a superb second round of 64 at Bernardus Golf.

Broberg recorded nine birdies and a solitary bogey to establish a new course record and a one-shot lead over Denmark’s Marcus Helligkilde and Belgium’s Thomas Detry.

Ireland’s Niall Kearney, who held the overnight lead following an opening 65, added a second round of 69 to lie two shots off the pace on 10 under par, alongside Germany’s Maximilian Kieffer.

“I played really well today,” Broberg said. “I started off with three straight birdies and then I hit a good shot on 13, that tough par three there, but I missed a short one and then birdied 14.

“I hit some bad shots and some really good shots but my putter is smoking hot, so I am playing some decent golf.

“I am taking it one shot at a time. I have been struggling all year with injuries, so it is nice to be playing good again.

“I was home for a month so saw an optician for my right eye and they saw something, so I have a contact lens on that eye so now I can see the putts on the line. I am rolling it pretty good so happy with it.”

Scotland’s David Drysdale fired five birdies and an eagle to cover the front nine in just 29 shots on his way to a 65 which left him on seven under alongside Ryder Cup vice-captain Graeme McDowell.

McDowell, who made seven birdies and one bogey in his 66, said: “It was a little better today, I improved on the two areas that I needed to which were getting the ball in play off the tee and feeling a bit better on the greens.

“After a couple of months on the couch I am obviously very pleased with a lot of the things I am doing. My swing and iron play feels particularly good, and this is a key iron play golf course.

“The fairways are wide, if you get it into them you are faced with some tricky iron shots into these pin positions, so pretty happy with that. I’m going to need a couple of low ones to get a win this weekend but it’s nice to be in touch.”