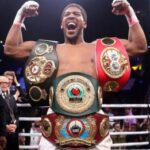 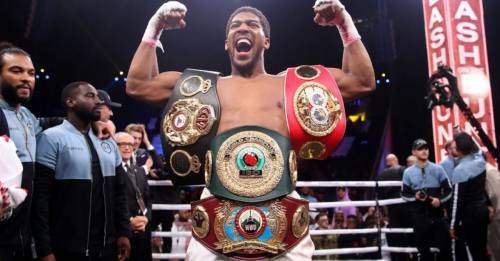 Anthony Joshua has promised to do everything in his power to make sure a fight with Tyson Fury takes place before he retires and insisted it will happen, with any venue in Britain his preference.

The world heavyweight champion is set to face WBO mandatory Oleksandr Usyk at Tottenham Hotspur Stadium in a week’s time on September 25.

It was a bout only arranged after plans to face Fury in August collapsed when a United States arbitrator ordered Fury to take on Deontay Wilder again.

Concerns continue to grow that the two British boxing greats would be kept apart before they both called it a day, but the 31-year-old Joshua, who started as an amateur at Finchley, remains optimistic a unification of the division can still occur, should both win their respective contests with Usyk and Wilder.

“We were meant to have fought by now and here we are talking about it,’ Joshua told the Daily Mail.

“But it will happen. I know what people are saying about boxing politics, but I’ll promise before the end of my career I will have done everything in my power to fight Tyson Fury.

“We saw it with Floyd Mayweather and Manny Pacquiao (not fighting until they were beyond their primes) but that was a superstar fight.

“Me and Fury is streets, two warriors, two fighters who have come from the amateur system in the UK, and have taken the world by storm. We’ll get it on in Britain.

“I look at it less as a mega-fight for the world and more from the point of view that we are guys who first met in Finchley ABC. It is a grassroots fight.”

Previous : Allan Saint-Maximin earns Newcastle a draw as the pressure mounts on Steve Bruce
Next : Smoke from massive wildfires in Australia led to algae bloom