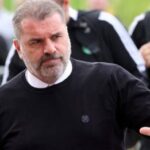 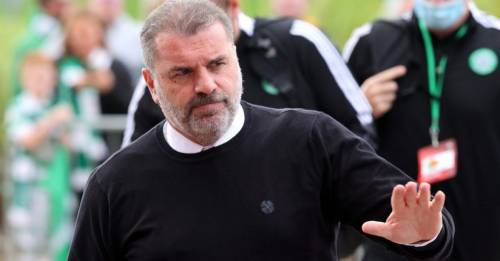 Bullish Ange Postecoglou has dismissed any notion that depleted Celtic might go into Thursday’s Europa League opener away to Real Betis with the aim of playing for a point.

The Parkhead team face a testing match in Seville against a side that finished sixth in La Liga last season.

The task is heightened by the fact Celtic are without captain Callum McGregor, Greg Taylor, Kyogo Furuhashi and James Forrest through injury, while Liel Abada misses out as he is observing the Jewish holiday Yom Kippur.

Postecoglou, however, is of no mind to adopt a cautious approach in the hope of securing a draw.

He said: “My philosophy is if you win games, you’ve got a good chance of progressing. That’s irrespective of whether you’re home or away, and it’s even more so in group stages.

“If you start thinking about scratching around for a point here and there or trying to accumulate a certain amount of points to get through, that’s not the kind of football team we want to be.

“It’s not that we don’t recognise the difficulty of the opposition or playing away from home – I understand all that – but I think playing for those kind of outcomes is inviting danger.

“You’re kind of starting off by conceding something and I’m not prepared to concede anything to anyone in any way, shape or form with a team I’m involved in. It’s about trying to impose the way we want to play on a very good opponent.”

Right-back Anthony Ralston is available after missing last weekend’s win over Ross County as Celtic return to the city that hosted their 2003 UEFA Cup final defeat by Porto, when they memorably took a huge travelling support to Andalusia.

He said: “There’s obviously a historical significance with us going back to Seville.

“When you walk around Celtic Park, there are images everywhere of Martin O’Neill or our fans enjoying the past experience on that day in Seville, so of course that has an impact. But it also motivates you to make your own stamp.

“That’s what I keep saying to this team – they’ve got an opportunity to create their own moments in this club’s history.”

Next : Future of Lake Tahoe clarity in question as wildfires worsen