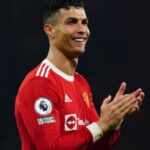 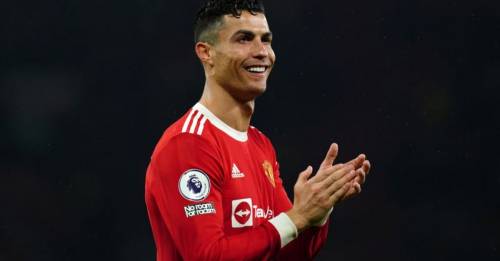 The Red Devils topped the table for 14 days across the 2021-22 campaign, while Jurgen Klopp’s men only did so for 11 days.

This is based on standings at the end of each day.

It might seem a long time ago, but United started the season reasonably well under Ole Gunnar Solskjaer.

Bruno Fernandes scored a hat-trick on the opening weekend in a 5-1 thrashing of Leeds, which put United top on goal difference. They returned to the summit in mid-September, as Cristiano Ronaldo marked his second debut with a brace against Newcastle.

Liverpool’s only prolonged spell as league leaders came at the end of September. They were top overnight on a couple of occasions in April and May, only for Man City to win the following day and push them down to second.

Seven teams including Brentford topped the Premier League this season

Champions Manchester City were league leaders for more than half of the season.

They first reached the summit in December on the back of a 3-1 win at Watford. From that point on City were relentless, ending all but two of the remaining days of the season at the top of the table (168 days).

Brentford were surprise leaders after day one of the season, by virtue of their win over Arsenal being scheduled on a Friday night, before other fixtures took place over the weekend.

The other three teams to top the table over the course of the campaign were Chelsea, Tottenham and West Ham.

The Blues were in title contention for much of the first half of the season and led the way throughout October and November. Spurs spent 13 heady days as league leaders under Nuno Espirito Santo, during the September international break, while West Ham were top briefly in August after a 4-1 win over Leicester.

Only five teams spent longer than Arsenal in the bottom three

Arsenal had a disastrous start to the season, losing their first three games by an aggregate of nine goals to nil.

As a result, the Gunners spent 21 days in the Premier League relegation zone, including 15 at the bottom.

Only five clubs spent longer in the bottom three: the relegated trio of Burnley, Watford and Norwich, plus Leeds and Newcastle.

In a sign of their resurgence under Eddie Howe, Newcastle finished in 11th despite languishing in the drop zone for more than half of the season – 150 days in total. That’s longer than Watford (122 days), who were relegated with three games to spare.

Norwich had a poor season from start to finish. They were the only club that failed to end a single day in the top half of the table.

The race for Champions League football went right to the wire, with Spurs winning at Carrow Road on the final day to secure fourth spot ahead of their rivals Arsenal.

Neither club spent as long in the top four as West Ham, who started the season strongly until the demands of European football and a relatively small squad took their toll.

The Hammers occupied a top-four place for 94 days over the season, compared with 77 days for Mikel Arteta’s men and 42 days for Tottenham. Manchester United also spent longer in the Champions League places than the two North London clubs, at 92 days.

Chelsea endured a turbulent campaign off the field but they remained diligent on it. As well as reaching two domestic cup finals, Thomas Tuchel’s outfit were only outside the top four for two days across the whole season. That was fewer than any other club.

Leicester, who finished fifth in the previous two seasons, put together a good run of form to finish eighth this time round. The Foxes were a mid-table side in 2021-22, never rising higher than eighth or falling lower than 14th.