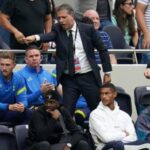 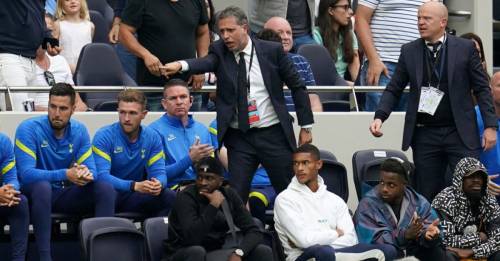 Tottenham managing director of football Fabio Paratici insists all the conditions are in place for the club to build something “really, really big”.

The Italian has been handed the responsibility of guiding Spurs back to the top table of English football where they dined when Mauricio Pochettino was at the club from the mid-2010s.

The slide since reaching the Champions League final in 2019 has been alarming and Paratici was brought to the club in July after he turned Juventus into one of the European super powers during his 11-year stay.

This seems a much bigger job as Spurs do not have the spending power of their rivals and their squad is in need of a big overhaul.

That started this summer after Paratici chose Nuno Espirito Santo as the new head coach, with the likes of Cristian Romero, Bryan Gil, Emerson Royal and Pierluigi Gollini coming in.

Paratici knows there will be ups and downs but is committed to the “big picture”.

“When we started 11 years ago it was not like the last years in Juve, we started in another point,” he told Spurs TV.

“We had a target in mind and we did not lose our target after one month that was not so good. We were focussed in this way and strong to follow our way. Nobody can disturb us in what we want to achieve. This is our direction.

“A lot of the time the way is not straightforward, you have to be up and down and you have to resist it and don’t change your mental or focus, stay there and this is what we have to do.

“I am not somebody who stays six months, one year, two years in one club. Last two experiences are 11 and six years so I want to think about long time to build something is our target.

“When I spoke about big picture, it’s this, we have the best infrastructure in the world, amazing fans, we are in a big city, the best city in Europe, so we have everything to build something really, really big.

“We need the support of everybody because if we are positive and all together the way is more easy.”

It has been a mixed start this season as three Premier League wins were followed by three alarming defeats to Crystal Palace, Chelsea and Arsenal before Spurs got back on track against Aston Villa last weekend.

Spurs’ style of play under Nuno has been a bone of contention for many as it was at odds with chairman Daniel Levy’s wish for “attacking, free-flowing and entertaining football”.

Asked what the big picture looked like, Paratici added: “To be competitive, arrange the club in the right way and be focused in the team. Choose the right players, about mentality first, about style of football second.

“To build the best team and best style of football we can. This is our target, it is not so difficult to think this, but we have to know what we have to do to achieve this.

“We have a small picture but it is an important one because it is this season. A season is not two months it is six, seven, eight months because we have to achieve our results, be the best we can do, work hard to win every game we can win.”