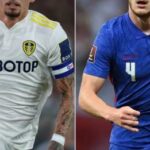 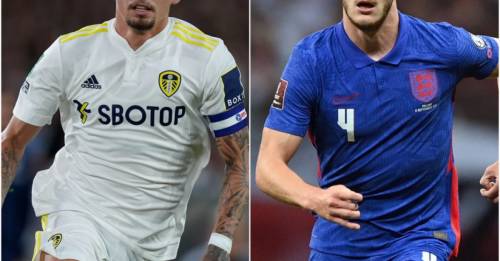 What the papers say

The Red Devils had hotly pursued Rice but have ultimately been put off by the Hammers’ £90million valuation of the 22-year-old. They have now switched focus to 25-year-old Phillips after his rise to become an integral part of the England side.

West Ham are still looking to sell Rice while he is at his peak value, according to Football Insider. The club had been hoping to attract bids in excess of £100m for their England star, but have dropped that valuation after the summer transfer window came and went without Rice leaving despite interest from Manchester United and Chelsea.

Liverpool and Manchester United are keeping their eyes on Ivory Coast midfielder Franck Kessie, 90min reports. The 24-year-old has rejected a contract extension offer from AC Milan and is said to be on the lookout for a new club.

With his contract expiring next summer, Paris St Germain, Bayern Munich, Borussia Dortmund and Atletico Madrid are said to also be interested.

Manchester City full-back Pedro Porro could be off to Real Madrid, Portugal’s O Jogo reports. The 22-year-old is currently on loan at Sporting Lisbon, where he has caught the eye of Real officials. The Spain international is valued at around £18m.

Crystal Palace are monitoring Everton midfielder Tom Davies, Football Insider says. The 23-year-old is a fan favourite at Goodison Park after graduating from Everton’s youth team, but has not started a Premier League match under new manager Rafael Benitez.

Reyes Cleary: West Brom’s 17-year-old English striker is being watched by German clubs Borussia Dortmund and Hoffenheim, according to the Daily Mail.

Juan Mata: The 33-year-old is considering his options after a lack of playing time at Manchester United, the Manchester Evening News says.

Previous : A look at 5 potential next opponents for Anthony Joshua
Next : A Portrait of the Writer as a Young Woman