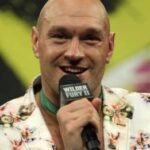 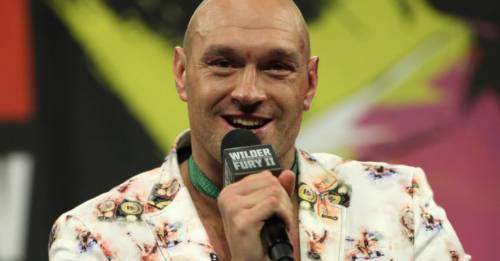 Tyson Fury insists he is not affected by mind games ahead of his WBC heavyweight title defence against Deontay Wilder in Las Vegas.

World champion Fury is preparing for a third meeting with his American rival having knocked him out in February 2020 after their first contest ended in a draw.

Wilder chose to remain silent at a previous press conference and Fury says he will not be unsettled by his opponent’s behaviour going into Saturday’s bout.

“I don’t care what they do. None of my business,” Fury told Sky Sports.

“I keep my own business to myself and I don’t really care what that big dosser does, nothing.

“I don’t care what he does. If he talks or he doesn’t, it doesn’t make any difference to me.

Defeat to Fury is the sole loss on Wilder’s professional record.

The 33-year-old Briton is the overwhelming favourite to retain his title as he bids to extend his undefeated streak to 32 fights.

“I don’t think it matters, what he does, because it’s not about him, it’s about me, what I do,” Fury said.

“It wouldn’t matter if he ran around the ring in a circle, if he comes forward throwing bombs.

“It doesn’t make any difference. When we’re in there, I’ll adjust to whatever it is on the night and what he’s going to do.

“Winning is winning, an inch or a mile – I’ll take a knockout or I’ll take a points victory.

“It doesn’t matter, as long as you get the win, you move on to the next one.”