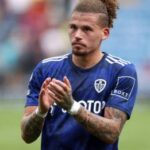 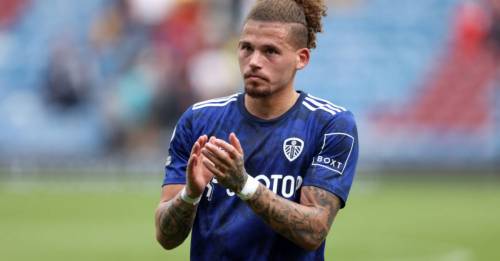 Leeds will be looking to retain Kalvin Phillips and have already opened talks on a contract even though the England international’s current deal runs to 2024, writes the Daily Star. It comes as Manchester United mull over a £60million move for the midfielder after Ole Gunnar Solskjaer was rebuffed by West Ham as he sought to sign Declan Rice.

Spanish giants Real Madrid and Barcelona are keen to sign Youri Tielemans next summer, the Sun says. Manchester United and Liverpool could yet also make a move for the 24-year-old Leicester star.

Pau Torres, formerly a target of Manchester United’s, has not closed the door entirely on a move away from Villarreal, writes the Daily Mirror. United and Tottenham were eager to sign the Europa League-winning centre back in the summer, but he decided to stay at the LaLiga outfit.

A five-way battle could emerge for Florian Wirtz, who is currently on the books of Bayer Leverkusen, writes the Mirror. The 18-year-old playmaker has burst onto the scene in the Bundesliga with Manchester City, Manchester United, Chelsea, Liverpool and Arsenal all eager to muscle out the others for his signature.

Serge Aurier: Real Madrid could look to bring in the Frenchman who was released by Tottenham, reports the Daily Star.

Alexandre Lacazette: Arsenal could look to cash in on the 30-year-old and offer him to Sevilla as they look to sign Youssef En-Nesyri in return, writes La Razon.

Gonzalo Villar: Everton could look to land the 23-year-old midfielder from Roma after he appeared to fall out of Jose Mourinho’s plans, says Fichajes.