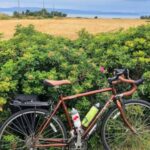 Travel in Canada is a prize for the vaccinated and vigilant 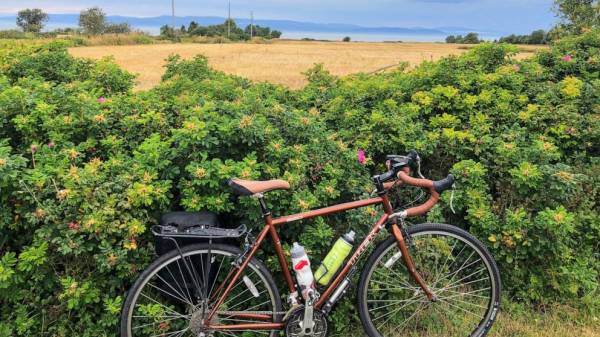 KAMOURASKA, Quebec — When the pandemic descended, the boundless vistas and insane sunsets of Kamouraska became a distant, unattainable dream for this bicyclist from Virginia. This is one of Quebec’s most beautiful places and, for me, a yearly touchstone I could no longer touch.

It finally came within reach. On Aug. 9, the day Canada conditionally reopened the border to U.S. tourists, my car with the bicycle was packed and ready to go. But I wasn’t. I had put off the required coronavirus test too late to be sure I would have the results in time.

On Labor Day, my documents now complete, I drove north, breezed across the border and was soon cycling in a tapestry of storybook villages, canola fields and hedgerows of wild roses along the broad expanse of the St. Lawrence River.

Americans wanting to experience Canada’s vibrant autumn or its winter landscapes can do so again. But getting here means jumping through hoops before you go. And being here means adapting to hypervigilance against the virus. Canada doesn’t mess around with COVID-19 — and isn’t suffering from it like people in many parts of the U.S. are now.

Those hoops? To get into Canada as a tourist you must be fully vaccinated. You must have a PCR-variety COVID test taken no more than 72 hours in advance, with results ready to present at the border if driving or at the airport of departure before you can board.

You have to pre-register with the Canadian government and get a code. You must present the basics of a backup quarantine plan in advance, in case you are randomly tested again upon arrival and found to be positive.

You can’t be like the man from Atlanta whom border guards were talking about when I crossed. He’d pulled up a few nights earlier, unvaccinated, no test, no pre-registration and no hope of getting into Canada, more than 16 hours from home.

I crossed at the Thousand Islands Bridge in Ontario, where there was no wait. Two officials checked my vaccine and test documentation before I could proceed to the border station, where I had the information checked again along with my U.S. passport. The guard asked a few questions and cheerfully sent me on my way.

In nearby Brockville, people were wearing masks outside as well as inside. They were masked on downtown streets, in the waterfront park and in parking lots. When I indulged my unnatural craving for Tim Hortons coffee, a rarity in most of the U.S. but everywhere-just-everywhere in Canada, a group of about 10 people walked in together.

They were masked, but not socially distanced. The staff immediately ordered them out and told them to re-enter properly separated, a few at a time.

This was in contrast to the laxity along much of the Interstate 81 corridor and upstate New York, where few customers in stores off the highway were masked and no enforcement of distancing was evident. After my trip, New York’s St. Lawrence County was seeing new COVID cases at a rate 12 times higher than across the river in Ontario.

The vigilance in Ontario only intensified when I reached Quebec the next day. These were the early days of Quebec’s vaccine “passport,” the first of its kind in Canada.

Residents older than 12 must have the passport to be seated inside or on the patios of restaurants, bars, concert halls, outdoor events with more than 50 people, and most other public places that are not deemed essential. Outsiders do not need and cannot get the passport but must present vaccine proof as well as an ID showing a home address outside Quebec. Vaccine proof is not required to stay at a hotel in Quebec but must be shown to go into the lobbies and other common spaces.

Entering the once-again-bustling l’Estaminet restaurant in Rivière-du-Loup, my friend Suzie Loiselle, a tourism official for the vast Quebec Maritime region, held up her phone’s passport app to be scanned by the host.

“Adéquatement protégé” — “adequately protected” — flashed on the screen in green. With that and my vaccine card, we got our seats.

The pandemic hit hard in Quebec, as in Ontario, before Canada overcame its vaccine shortages and outpaced the U.S. and much of the world in immunizations. Now, 70% of Canadians are fully vaccinated compared with 55% of Americans.

“We went through hell in those first three waves,” Quebec Health Minister Christian Dubé said when announcing the passport. “People want to be vaccinated and they want to have a normal life.”

For many Americans, a system registering people’s movements in public places is a non-starter. In Quebec, Loiselle said, it has won broad public acceptance in its early going. “Most of the population really wants access to things that were closed during the pandemic,” she said. Now they have their freedom of movement and assembly again, from a government app.

I stayed at Auberge sur Mer, as I usually do, in Notre-Dame-du-Portage, a village on the outskirts of Rivière-du-Loup, in a plain room next to the elegant main house and its fine restaurant. Here the wide river is transitioning to the sea, the mountains of Charlevoix far away on the other shore. The view from my room’s balcony and all along the shore is breathtaking.

The bicycle ride to Kamouraska and back, some 40 miles or 64 kilometers, passes misty islands and banks of fog wedged into coves under a sky that always seems turbulent, except in the early morning calm. It’s a recipe for the magnificent sunsets that, together with the kayaking, whale-watching, hiking, cycling and food, draw crowds from across Europe in normal times.

The road here is part of Route Verte 1, a prime leg of Quebec’s enormous network of more than 3,300 miles or 5,300 km of cycling routes. The Route Verte (Green Way) system was developed to offer cyclists safe long-distance roads with amenities such as guaranteed space for cyclists at campgrounds and accredited inns with secure bike storage and healthy foods.

On this seaside route and other roads up in Kamouraska’s hills, you can ride your bike in peaceful solitude. You may discover that a solitude of your own choosing is very different from the one a virus forces on you.

IF YOU GO: Download the Canadian government’s ArrivCAN app and follow the steps. All of them. Save screenshots of all key documents in case your phone won’t go online at the border, or have paper copies. Or both.