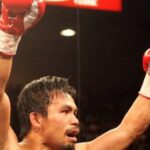 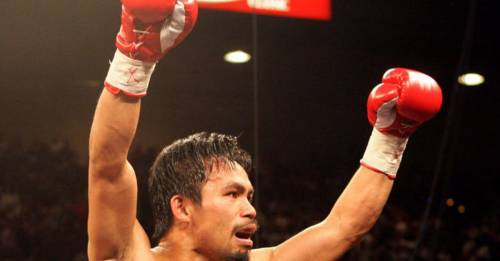 Manny Pacquiao has brought the curtain down on a glittering, world title-laden career that spanned 26 years in order to concentrate on a presidential run in his native Philippines.

Rated as one of the all-time great fighters after winning world honours in eight weight classes, Pacquiao was involved in some of his era’s all-time classic dust-ups.

Here, the PA news agency looks at five of Pacquiao’s most memorable fights.

After catapulting himself to wider recognition by stopping Marco Antonio Barrera the previous year, Pacquiao took on another Mexican in Juan Manuel Marquez, the first fight in what would go on to be one of this century’s best rivalries.

Marquez rallied from being knocked down three times in the opening round to force a split draw. Pacquiao won their next two fights courtesy of controversial points decisions in 2008 and 2011 before Marquez had the final say with a brutal sixth-round knockout in 2012.

A few months after ending the career of Oscar De La Hoya, Pacquiao stepped up to light-welterweight for the first time to take on the fighter many seasoned observers regarded as the best at 140lbs.

There was a cordial, even friendly air to the build-up, with Ricky Hatton beating Pacquiao in a game of darts.

Hatton employed Floyd Mayweather Sr as his cornerman on fight night, and it was thought the Mancunian’s experience in the division would prove telling, but he was blown away inside two rounds.

Knocked down twice in the opening three minutes, Pacquiao provided the coup de grâce in the dying seconds of the second round with a left hook rendering Hatton unconscious.

Pacquiao immediately set his sights on welterweight and challenged the formidable WBO titlist Miguel Cotto — although a catchweight of 145lbs was set.

Cotto’s power was well-known but Pacquiao’s blurring speed and precise timing was the key, with the Puerto Rican knocked down in the third and fourth rounds and cut to ribbons before the fight was mercifully stopped a couple of minutes before the final bell.

Arguably the finest win of his career, this seemed to put Pacquiao on course for a showdown against Floyd Mayweather, which did not materialise until six years later.

Billed as the ‘Fight of the Century’, this long-awaited and much-anticipated contest which earned both pugilists upwards of nine figures underlined Floyd Mayweather’s status as the finest boxer of his generation.

Pacquiao was inhibited by a shoulder injury and claimed he won afterwards but scorecards of 118-110, 116-112 and 116-112 reflected his rival’s dominance, with Mayweather controlling proceedings with a ramrod jab and straight right.

In truth, this event was something of a let-down for many observers and, while Pacquiao courted a rematch in the years that followed, Mayweather went in a different direction.

Pacquiao rolled back the clock with a fine display in the first few rounds, knocking the Floridian down towards the end of the first three minutes.

Thurman rallied in the middle of the fight but was visibly hurt in the 10th by a bruising body shot. Pacquiao was awarded a split decision win, becoming the oldest welterweight champion in history, aged 40.

Previous : Klopp looking for ‘complex and complete’ Liverpool performance against Man City
Next : Americans do not see all Afghan refugees as equal