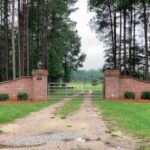 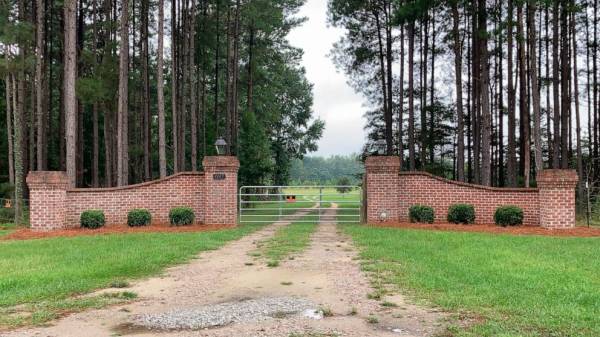 HAMPTON, S.C. — Ask any of the 2,600 residents in this South Carolina town whether they know Alex Murdaugh, and you’ll probably get a quick nod. Nearly everyone does in Hampton, a tiny place where every road in has just two lanes.

Ask them to tell you about Murdaugh, though, and you’ll get a firm head shake, followed by: “You’re not going to quote me, are you?” No one wants to talk about the influential lawyer whose wife and son were killed and who’s now accused in a string of controversies — at least, not in the open.

For the past century, the Murdaughs have steered much of the legal world in this remote corner of South Carolina — north of Savannah, Georgia, and far from the interstate or just about anything else. Running the prosecutor’s office and a large civil law firm allowed the Murdaughs to do it quietly, until recently.

Murdaugh’s wife, Maggie, and son Paul were killed June 7, shot multiple times at the family’s sprawling estate. No one’s been arrested in their deaths, which brought scrutiny into every nook of Murdaugh’s life.

Six investigations are underway, over the killings, stolen money, death coverups and a Sept. 4 shooting in which a bullet grazed Murdaugh’s head on a lonely highway. Police said he tried to arrange his own death and make sure a $10 million life insurance policy would pay off for his surviving son.

The man charged with shooting Murdaugh is Curtis “Eddie” Smith, a former client from a workplace accident case. Smith said they became friends, and he was stunned to find himself dismissed as a callous drug dealer by Murdaugh’s lawyers.

“With a friend like that, who needs enemies,” Smith said as he limped around his property in Walterboro, checking on his shop and rescue dogs. He wouldn’t say anymore, insisting he was done discussing Murdaugh and the case — for now.

Like many people in town, Smith got entangled with the Murdaughs in a courtroom in Hampton County, population 20,000, where the family is used to being in power, not being questioned.

If you stole something or had something stolen from you, the Murdaughs ran your case for the state. Alex Murdaugh’s father, grandfather and great-grandfather were the elected prosecutors for 87 years straight.

If you got hurt on the job, the Murdaughs took you on as a client. The family founded a law firm a century ago. It now employs several dozen lawyers, and its brick headquarters takes up a whole city block. There’s no sign out front; everyone knows it’s the Murdaughs’ firm.

And if you had a charity or other cause, the Murdaughs donated. The family has given millions to all sorts of projects. Alex Murdaugh’s father was grand marshal of the parade of the town’s marquee Watermelon Festival several years ago.

But plenty of people tell hushed stories of what happened if the Murdaughs were crossed.

Connor Cook said that in 2019, he knew his friend Paul Murdaugh was intoxicated when he drove a boat that crashed, killing a 19-year-old passenger. But the Murdaughs tried to pin him as the driver, Cook said, according to a wrongful death lawsuit.

In a deposition, Cook said he feared the family: “Just anything they get in, they get out of. I’ve always been told that.”

The night of the crash, Alex Murdaugh and his father visited the hospital. Murdaugh scrutinized a board where staff kept track of patients and tried to talk to everyone who’d been on the boat, nurses told investigators.

The crash bought the kind of attention the Murdaughs always tried — and for decades, succeeded — to avoid. It took months to charge Paul Murdaugh with boating under the influence causing death, the local newspaper noted. Many around town wondered whether the family was wielding their sizeable influence.

Paul Murdaugh was awaiting trial when he died. Now, state police are investigating whether the Murdaughs obstructed that investigation. They’re also looking into the 2018 death of family housekeeper Gloria Satterfield.

She died after falling in the Murdaughs’ home, but the death wasn’t reported to the coroner. Documents appear to show Murdaugh’s insurance paid more than $4 million in wrongful-death claims. But a lawyer for Satterfield’s sons said they haven’t seen a dime since agreeing to use an attorney who was Murdaugh’s college buddy to handle the legal work and another banker friend as estate executor.

The documents have signatures purported to be from judges, but some were never entered into publicly searchable court records. Others don’t appear to have followed state rules for settlements.

Despite long staying out of headlines, the Murdaughs aren’t strangers to their own legal troubles. Alex Murdaugh’s great-grandfather, Randolph, founded the family law firm and in 1920 became the elected prosecutor for the five-county region that includes Hampton County. Randolph Murdaugh died when his car was hit by a train as he headed home from a poker game in 1940.

His son, Randolph “Buster” Murdaugh Jr., took over the law firm and prosecutor position; he served for 46 years, with the exception of several months awaiting federal trial over tipping off a local moonshiner to move his still. Eighteen of 23 defendants were found guilty.

But “Buster” was acquitted and returned to office — even as the judge noted that, if he were Murdaugh, he “could not go back and face his people much less resume public office,” according to federal records.

“Buster” was larger than life in court, admonished more than once by the state Supreme Court for improper arguments — telling juries he wouldn’t try another death penalty case or would release rapists awaiting trials if verdicts didn’t go his way.

Randolph Murdaugh III followed his father, taking over in 1986 and serving almost 20 years. Neither of his sons followed him into the solicitor’s chair, although Alex Murdaugh worked as a volunteer prosecutor before his law license was suspended in September as he was fired from the family’s PMPED law firm over millions of dollars turning up missing.

In civil law, the Murdaughs were known for suing railroads. A now-repealed South Carolina law allowed anyone who wanted to sue a railroad to choose any state county. The Murdaughs found sympathetic juries and made Hampton County known for seven-figure verdicts.

The PMPED firm has dozens of lawyers and practices in all of South Carolina’s 46 counties. Its website lists 14 cases with awards of more than $1 million — railroad companies that didn’t cut vegetation at crossings, a cancer patient hurt by chemotherapy, a 9-year-old burned by a SUV’s gas tank.

Alex Murdaugh’s brother, Randolph Murdaugh IV, still works at the firm. He didn’t answer an email asking about his family.

The law firm issued a statement saying many of their lawyers grew up in the area and are closely involved in their communities and churches. The firm said no one they have spoken to knew that Alex Murdaugh was addicted to drugs and no employees were involved in his “scheme.”

“He lied and he stole from us,” the PMPED statement said.

Through his lawyer, Murdaugh adamantly denied having anything to do with the deaths of wife Maggie, 52, and son Paul, 22. When Murdaugh found their bodies, he’d just returned from visiting his terminally ill father, his brothers said on “Good Morning America.”

While people around Hampton remain careful in speaking about the Murdaughs, hints about their influence pop up. An addendum at the top of the wrongful death lawsuit over the housekeeper’s death includes these lines, in all capital letters.