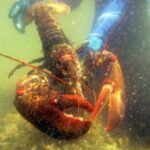 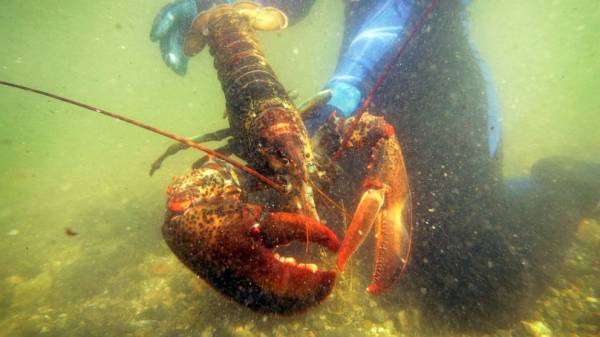 Lobsters can live a surprisingly long time, but it’s actually pretty difficult to tell how old they are at any given moment. As they grow, they molt and develop new hardened exoskeletons every few years. This means the telltale physical signs of aging don’t accumulate in any meaningful way. Size is most often used to approximate a lobster’s age, but this method is “particularly difficult, because individuals have very different growth rates,” said Martin Taylor, a molecular ecologist at the University of East Anglia in the U.K.

This has long posed a challenge to conservationists and fishermen, who must ensure that enough reproductive-age members of a given lobster population remain protected (and off your dinner plate) to keep their local species alive (and on your dinner plate in the future). But now, a new study from Taylor’s lab has demonstrated for the first time a method of ageing a lobster that doesn’t rely on its physical characteristics. Instead, all it takes is a sample of DNA.

The key is in the accumulation of molecules known as methyl groups, explains the paper, published online Sept. 23 in the journal Evolutionary Applications. These molecules are attached one by one to strands of DNA over time in a process called methylation and can alter gene expression. In humans, things like diet, smoking habits, environmental factors, and aging can cause methylation (and demethylation) to occur. The causes are likely similar in lobsters, where the accumulation of methyl groups on strands of DNA build a so-called “epigenetic clock” — a record of how long they’ve been alive.

When the research team, led by postgraduate researcher Eleanor Fairfield, took DNA samples from the legs and antennae of 155 lobsters of known ages between 0 and 51 months, they found that older lobsters had more methyl groups attached to their DNA than younger ones.

MORE: Plenty of fish in the sea? Scientists can now count them using DNA

The technique could bring a new level of accuracy to a wildlife management concern that’s only ever been a matter of expert guesswork. But the paper is still primarily a proof of concept that won’t lead to a new tool developed anytime soon, Taylor explained. Extracting and analyzing DNA is a laborious and time-intensive process, using expensive equipment that wouldn’t be of any practical use aboard a fast-paced fishing boat. And even some magical pocket tool that could do all that in an instant would still require data on the methylation patterns in the lobsters in the area, as well as a better understanding about the rate of variation between the local animals.

“It might be that in very cold areas methylation accumulates more slowly, or more rapidly,” Taylor said. His lab is now looking at how methylation varies in lobsters of the same age in different environments and is also studying lobsters up to six years old to see if the sliding scale of methylation continues.

MORE: Eating sustainably is one of the easiest ways to combat climate change, experts say

Ultimately, this finding could help humans protect lobsters by keeping their populations as naturally balanced as possible.

“If you heavily exploit the population, you might take out all the big individuals, or all the little individuals,” Taylor said, making it harder for that population to adapt to changes in the environment. “It’s been shown that in general, a natural age structure in a population is far more resilient.”