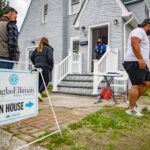 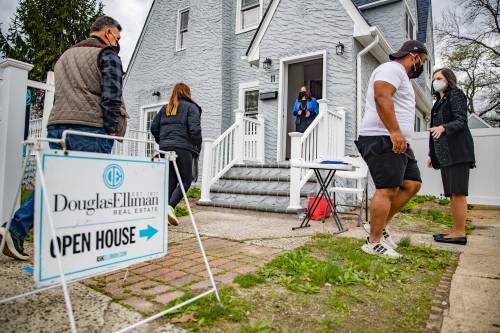 By now, you’ve surely heard of the Great Resignation, which refers to the record numbers of people who quit their jobs during the pandemic. That trend has more recently been dubbed the Great Reshuffling to better illustrate how, in addition to leaving the workforce entirely, many Americans simply are moving to other jobs. But exactly which jobs and careers they’re pursuing has been hard to pin down.

A key to figuring out how the workforce is changing could lie in Google search data. While the Bureau of Labor Statistics keeps track of which industries are adding employment, the agency doesn’t specify whether people are moving into those fields or simply switching jobs within those fields.

But new data from Google Trends, which looks at changes in what people are searching online, offers a believable snapshot of where some people switching careers might be headed. The list of jobs with the most “how to become” searches in 2021 reads like a rundown of some major pandemic trends, including home-buying, travel (or the lack thereof), and a much-needed focus on mental health. Many of the jobs on the list are relatively well paid, allow people to be their own bosses, and involve helping others.

Most searched “how to become” jobs on Google in 2021

The above list of top 10 searches looks a bit different than it did in the three years preceding the pandemic.

Back then, it included jobs like model, Uber driver, pharmacist, lawyer, actor, and nurse practitioner. Personal trainer, physical therapist, psychiatrist, and real estate agent (though previously people were more likely to search “realtor”) were on the list before the pandemic and last year, but their continued presence after so much transition suggests they have staying power. Searches for “how to become” a flight attendant, pilot, notary, and therapist were at their highest rate ever in 2021. Searches on how to become a real estate agent saw their highest level this January.

“Search interest does not necessarily represent serious job interest,” Adam Ozimek, chief economist at the freelancing platform Upwork, told Recode. “However, in some of these cases, at least, there is a compelling argument for why it does.”

Lots of the trending jobs make sense for a career change, since many offer a lot of bang for your buck — that is, money for the time spent training. The barrier to entry for jobs like real estate agent, flight attendant, or notary is relatively low, compared to, say, jobs that require specific four-year degrees. Real estate and electrician programs are among trending searches for job training on Google as well.

The real estate job trend, in other words, seems firmly linked to reality.

“The number of people getting realtor’s licenses and joining realtors’ associations is way up since the pandemic,” Julia Pollak, chief economist at the job site ZipRecruiter, said. It’s “both a reflection of a white-hot housing market and the Great Resignation, people quitting their jobs and starting their own businesses.”

These jobs also allow people flexible hours and the ability to be their own bosses, both highly sought-after qualities for people who’ve had time during the pandemic to reconsider how they wanted to work.

The rise in interest for jobs as airline pilots and flight attendants coincides with the return to travel and a bit of chaos in the air travel industry.

Airlines don’t have enough pilots or flight attendants to staff the rebounding travel industry because many airlines offered their crews early retirement packages at the beginning of the pandemic, when barely anyone was flying. Additionally, a number of budget carriers have come on the scene since the start of the pandemic, adding even more demand for flight crews. As a result, airlines are investing in increased training and raising wages — both of which might appeal to someone who’s had a pandemic-related realization about their job and wants something new. It’s also notable that pilot and flight attendant jobs are often unionized, meaning they likely have better chances for pay advancement and stability than non-unionized jobs.

Interest in therapist and psychiatrist jobs mirrors demand for services that have skyrocketed during the pandemic. Many Americans dealing with the increased psychological distress over the course of the past two years have also found themselves on long waitlists to get therapy, and providers have been struggling to keep up with demand. These professions obviously take a bit more training than some of the others on the list, but they provide crucial help for patients and meaning for practitioners that might not be evident in other types of jobs.

There are also other data sources that hint at where job seekers — and quitters — might be going as well. Compensation software firm Payscale released a report at the end of last year that showed 2021’s hottest jobs based on growth in people researching how much those jobs pay. Its list, however, was topped by beauty consultants, data engineers, recruiters, and retail associates. Meanwhile, the job platform Indeed has been keeping track of growth in job postings, and has found, at least as far as available jobs, human resources, software development, manufacturing, and loading and stocking are in highest demand. Obviously, a high number of job openings doesn’t mean people actually want those jobs (it might mean the opposite).

The pandemic has taken a huge toll on lives and livelihoods. But it also gave many Americans the time, space, or perspective needed to decide what they’d really like to be doing with their short time on Earth. For some, that meant wanting to work remotely so they could spend more time with their kids and less time commuting. For others, that meant deciding to start their own businesses and be their own bosses. For many, it just meant finding more meaning in work. Whether the jobs they’re searching for now achieve those goals remains to be seen.

Previous : David Moyes reveals Kurt Zouma was sick and unable to play against Leicester
Next : Why you (probably) won’t finish reading this story