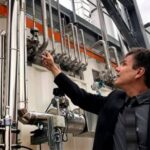 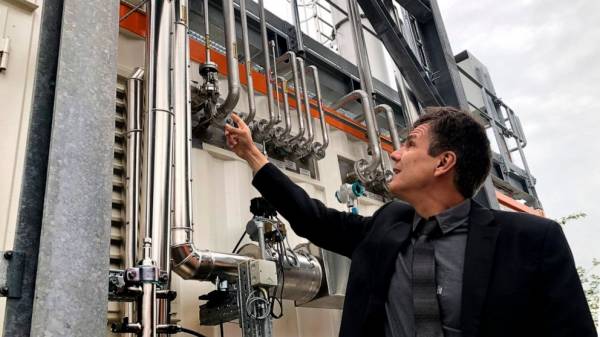 WERLTE, Germany — German officials on Monday unveiled what they said is the world’s first commercial plant for making synthetic kerosene, touted as a climate-friendly fuel of the future.

Aviation currently accounts for about 2.5% of worldwide emissions of carbon dioxide, a greenhouse gas that contributes to global warming. While other forms of transportation are increasingly being electrified, the challenge to making large, battery-powered planes is formidable.

Experts say e-fuels can help solve the problem by replacing fossil fuels without major technical modifications to the aircraft.

“The era of burning coal, oil and natural gas is drawing to a close,” Germany’s environment minister, Svenja Schulze, said at a ribbon-cutting ceremony for the new plant. “At the same time, no one should have to sacrifice the dream of flying. This is why we need alternatives to conventional, climate-harming kerosene.”

The facility in Werlte, near Germany’s northwestern border with the Netherlands, will use water and electricity from four nearby wind farms to produce hydrogen. In a century-old process, the hydrogen is combined with carbon dioxide to make crude oil, which can then be refined into jet fuel.

Burning that synthetic kerosene releases only as much CO2 into the atmosphere as was previously removed to produce the fuel, making it “carbon neutral.”

The amount of fuel that the plant can produce beginning early next year is modest: just eight barrels a day, or about 336 gallons of jet fuel. That would be enough to fill up one small passenger plane every three weeks.

By comparison, total fuel consumption of commercial airlines worldwide reached 95 billion gallons in 2019, before the pandemic hit the travel industry, according to the International Air Transport Association.

But Atmosfair, a German non-profit group behind the project, says its purpose is to show that the process is technologically feasible and — once it is scaled up and with sufficient demand — economically viable.

“It’s a new paradigm, if you will,” said Falko Ueckerdt, a senior researcher and team leader at the Potsdam Institute of Climate Impact Research who is not involved with the project. “Through cheap solar, mainly, it can be possible in the future to produce e-fuels that are as cheap as fossil fuels today.”

Initially the price of synthetic kerosene produced in Werlte will be far higher than that of regular jet fuel, though Atmosfair won’t divulge how much it will be charging its first customer, the German airline Lufthansa.

However Atmosfair’s chief executive, Dietrich Brockhagen, says a price of 5 euros ($5.80) per liter (0.26 gallons) is possible. That’s still several times what kerosene currently costs, but Atsmofair is banking on carbon taxes driving up the price of fossil fuels, making his product more competitive.

Dorothea von Boxberg, the head of Lufthansa Cargo, said the additional cost will have to be borne by all involved.

Additionally, authorities at the national and European level are putting in place quotas for the amount of e-fuel that airlines will have to use in future. That will create demand, making it more attractive to invest in bigger and better plants.

Ueckerdt said 5 euros per liter is feasible by 2030, when the European Union’s executive may require airlines to meet 0.7% of their kerosene needs with e-fuels. Under current plans, that would rise to 28% by 2050.

“These are huge markets,” said Ueckerdt.

The administration of U.S. President Joe Biden last month set a goal of replacing all the kerosene-based jet fuel with sustainable fuel by 2050, but critics note that target is voluntary so far.

Brockhardt said the plant in Werlte will initially make fuel using a mix of carbon dioxide from a nearby biogas facility and some that’s sucked straight from the air, a process experts say will be necessary to meet the Paris climate accord’s goals.

“We’re starting here at small volumes, but we’ll scale it up and soon it will be 100% directed at capture,” he told The Associated Press.

Schulze, the environment minister, acknowledged that Germany may not be the ideal place to produce large amounts of e-fuel. But even if other countries have cheaper solar power thanks to a greater abundance of sunshine, “this will create export opportunities for German technology and plant construction,” she said.

Read all AP stories about climate change issues at https://apnews.com/hub/Climate-change.

Previous : Henrietta Lacks’ estate sues company over use of her cells
Next : 2 win medicine Nobel for showing how we react to heat, touch