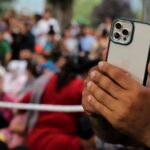 How India runs on WhatsApp 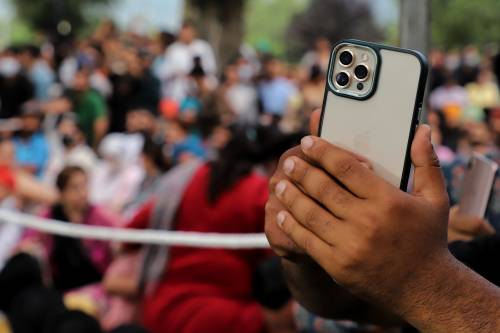 If you live in the US, chances are you’ve at least heard of WhatsApp, the messaging app that Meta acquired in 2014.

But if you live in other parts of the world, like India, the service is more than just an app for communicating with friends and family.

“WhatsApp in India is a way of life,” said Rajeev Khera, founder of food tech business Chakki Peesing, which operates outside of New Delhi.

Khera is one of millions of Indians who run businesses mainly through WhatsApp. And it’s not just businesses: Roughly 400 million people in India use WhatsApp to keep in touch with relatives overseas, send money, access critical medical information, and more.

WhatsApp’s simple design helped make it a hit internationally, especially in countries where most people don’t have iPhones to use iMessage, or affordable cellphone plans to send SMS messages. When Meta bought WhatsApp eight years ago in a record $19 billion cash and stock deal, it was considered a risky bet. Today, even though it doesn’t contribute much to Meta’s bottom line, WhatsApp is arguably the company’s most essential international product.

At the same time, WhatsApp has struggled with some of the same misinformation problems that have plagued Facebook. But unlike Facebook, WhatsApp uses private, encrypted communication software that makes it harder for the company to moderate content. That problem is especially acute in India, where baseless rumors spread on the app have led to grave consequences. Recently, the Indian government has threatened to crack down on one of WhatsApp’s core values — user privacy — with regulators demanding a way for authorities to access people’s messages when needed. Will Meta continue to keep WhatsApp messages private even as pressure ramps up?

“You have to think about what it means to offer a service where people communicate their most private thoughts, most private messages, most private calls to the people they care about the most all around the world,” said Will Cathcart, the current head of WhatsApp.

We examine how WhatsApp became so powerful, and the consequences of that power for the rest of Meta’s apps, in our sixth episode of the new season of Land of the Giants, the Vox Media Podcast Network’s award-winning narrative podcast series about the most influential tech companies of our time. This season, Recode and The Verge have teamed up over the course of seven episodes to tell the story of Facebook’s journey to becoming Meta, featuring interviews with current and former executives.

Listen to the sixth episode of Land of the Giants: The Facebook / Meta Disruption, and catch the first five episodes on Apple Podcasts, Google Podcasts, Spotify, or wherever you get your podcasts.

Previous : Starbucks is not playing nice with its new union
Next : How melting glaciers fueled Pakistan’s fatal floods