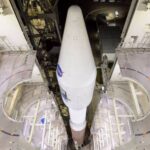 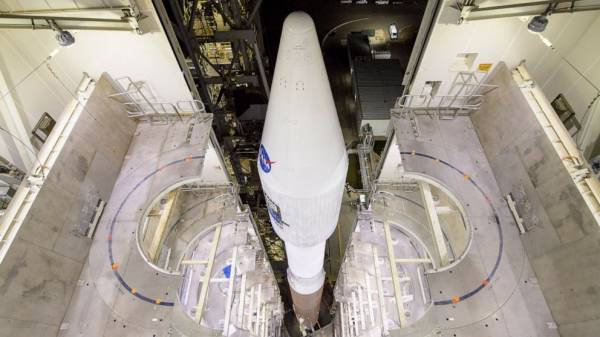 LOS ANGELES — The latest in a series of U.S. satellites that has recorded human and natural impacts on Earth’s surface for decades was launched into orbit from California on Monday to ensure continued observations in the era of climate change.

Landsat 9 was carried into space aboard a United Launch Alliance Atlas V rocket that lifted off from foggy Vandenberg Space Force Base at 11:12 a.m. The satellite successfully separated from the rocket’s upper stage more than an hour later.

A project of NASA and the U.S. Geological Survey, Landsat 9 will work in tandem with a predecessor, Landsat 8, to extend a nearly 50-year record of land and coastal region observations that began with the launch of the first Landsat in 1972.

Landsat 9 will take the orbital track of Landsat 7, which will be decommissioned.

Landsat 9 carries an imaging sensor that will record visible and other portions of the spectrum. It also has a thermal sensor to measure surface temperatures.

Capturing changes in the planet’s landscape ranging from the growth of cities to the movements of glaciers, the Landsat program is the longest continuous record of Earth observation from space, according to NASA.

Interior Secretary Deb Haaland, who went to Vandenberg to see the launch, said the Landsat program provides “a rich form of data” that helps people’s everyday lives and is vital in dealing with climate change.

“We’re in the thick of the climate crisis right now, we see that every day — drought, wildfires, hurricanes, Hurricane Ida that devastated parts of the South and went all the way up to New England,” Haaland said during a NASA TV interview.

“Images like the ones that Landsat 9 will bring back to us will help us tremendously to guide us in how we are approaching climate change, working to make sure that we can make the best decisions possible, so that folks have water into the future, that we can grow our food into the future,” Haaland said.

“Using this record we can really document and understand the changes that have occurred to the land environment over this period from human activities as well as natural events,” he said at a prelaunch briefing.

The information has a wide array of uses in understanding and managing Earth’s resources.

“Landsat is our best source for understanding rates of tropical deforestation … as well as other forest dynamics like disturbances from hurricanes, wildfires, insect outbreaks, as well as the recovery of those disturbances over time,” Masek said.

Landsat is also crucial for monitoring agriculture and food security, he said.

“We can pinpoint the types of crops that are growing on every field in the U.S. and worldwide,” he said. “We can also look at the consumption of water by crops.”

Landsat 9’s liftoff was the 2,000th launch from Vandenberg since 1958. Located on the Pacific coast northwest of Los Angeles, its position is ideal for testing ballistic missiles and putting satellites into polar orbit.

Previous : How did Europe lose the Ryder Cup?
Next : Padraig Harrington upbeat about European team’s future despite record defeat