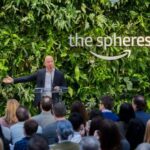 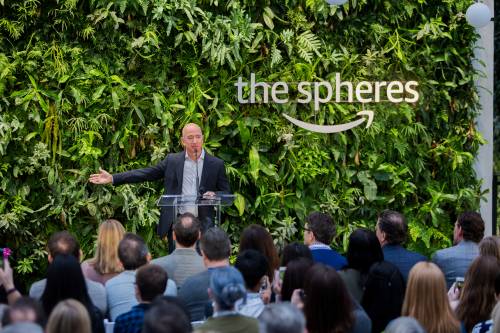 Last week, Amazon extended buyout offers to hundreds of its recruiters as part of what is expected to be a months-long cycle of layoffs that has left corporate employees across the company angered and on edge. Now, Recode has viewed a confidential internal document that raises the question of whether a new artificial intelligence technology that the company began experimenting with last year will one day replace some of these employees.

According to an October 2021 internal paper labeled as “Amazon confidential,” the tech giant has been working for at least the last year to hand over some of its recruiters’ tasks to an AI technology that aims to predict which job applicants across certain corporate and warehouse jobs will be successful in a given role and fast-track them to an interview — without a human recruiter’s involvement. The technology works in part by finding similarities between the resumes of current, well-performing Amazon employees and those of job applicants applying for similar jobs.

The technology, known internally as Automated Applicant Evaluation, or AAE, was built by a group in Amazon’s HR division known as the Artificial Intelligence Recruitment team and was first tested last year. Amazon first built AI hiring technology in the mid-2010s but discontinued use of its system after it demonstrated a bias against women.

In an initial test, Amazon’s HR division believed that new machine learning models successfully guarded against biases based on race and gender, according to the internal document. Artificial intelligence has become more widely used in hiring across industries in recent years, but there remain questions about its role in introducing or amplifying biases that may occur in hiring processes.

An Amazon spokesperson did not provide comment before publication.

Are you a current or former Amazon employee with thoughts or tips on this topic? Please email Jason Del Rey at jason@recode.net or jasondelrey@protonmail.com. His phone number and Signal number are available upon request by email.

Amazon has for years invested heavily in trying to automate different types of work. In 2012, the company acquired a warehouse robotics company called Kiva, whose robots reduced the need for warehouse workers to walk miles on the job but simultaneously increased the pace and repetitiveness of their work.

Amazon has continued to research other ways to automate its warehouses and introduce new robots, in part because the company churns through so many front-line workers that it has at times feared running out of people to hire in some US regions. In its corporate wing, Amazon previously implemented an initiative called “hands off the wheel” that took inventory ordering and other responsibilities out of the hands of retail division employees and handed them over to technology.

Now, with the creation and expanded usage of the AAE technology, the roles of recruiters inside the second-largest private sector employer in the US could be altered permanently, potentially reducing the number of people Amazon needs to employ.

That is, when the company starts hiring again.

Amazon instituted a corporate hiring freeze earlier in the fall and, just last week, the New York Times reported that Amazon would lay off around 10,000 workers, or 3 percent of its corporate staff, in what would be the largest series of corporate job cuts in the company’s nearly three-decade history. Alongside layoffs in the company’s Alexa and Amazon gadgets divisions, the company sent buyout offers to large swaths of the company’s HR division, including all low- and mid-level recruiters in the US and India. If employees voluntarily walk away from their jobs, Amazon is offering three months of pay plus one week of salary for every six months of tenure at the company. These employees have to decide on the offer by November 29.

The division’s leaders said involuntary layoffs could still happen in the new year, depending in part on how many employees agree to leave the company voluntarily. Amazon CEO Andy Jassy also said that layoffs in the company’s core retail division would occur into 2023.

The AAE technology removes one key role that some recruiters serve at Amazon, which is evaluating job applicants and choosing which should move on to job interviews. The program uses the performance reviews of current employees, along with information about their resumes and any online job assessments they completed during their hiring process, to evaluate current job applicants for similar roles.

“[T]he model is achieving precision comparable to that of the manual process and is not evidencing adverse impact,” the 2021 internal paper read.

The technology was first tested on applicants for medical representative roles at Amazon, who work out of the company’s warehouse network. But since then, it has been used to select job applicants for roles ranging from software development engineers to technical program managers, opening up the possibility of future widespread use across the company.

Within the technology industry, there’s a realization that the Big Tech boom may be over. In many cases, pandemic-fueled business successes have reversed or plateaued. Now, tech titans like Amazon are looking to tighten their belts, seemingly in part by delivering on long-term bets that technology, and AI in particular, can do what humans do — and maybe more cheaply.

Previous : Holiday scam email season is here. Don’t fall for it.
Next : Space is deadly. NASA’s Artemis mission will help us learn how to survive it.