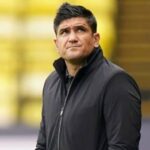 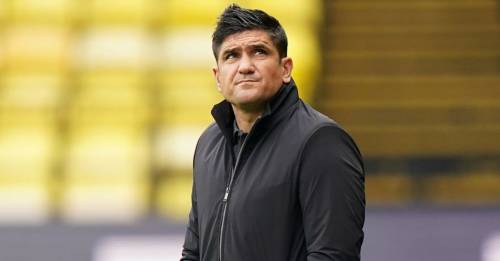 The club said in a statement that recent results “strongly indicate a negative trend at a time when team cohesion should be visibly improving”.

Saturday’s 1-0 defeat at Leeds left the club with seven points from a possible 21. Since beating Aston Villa on the opening day of the season, the club’s only other league victory came against bottom side Norwich last month.

Munoz, who took charge at Vicarage Road last December, had successfully guided the club back to the top flight with a second-placed finish in the Championship last season.

Yet he has become the latest to pay the price for a downturn in form by joining a long list of managers whose tenure at the club has proved short-lived.

His departure means the Hornets are now looking for a 17th new manager in just over 10 years.

“The board feels recent performances strongly indicate a negative trend at a time when team cohesion should be visibly improving.

“The Hornets will always be grateful to Xisco for the part he played in securing last season’s promotion and wish him well for his future career in football.

“No further club comment will be available until the imminent announcement of a new head coach.”

The club had been fifth in the Championship at the time but were criticised by fans for their overly-defensive tactics.

Munoz fulfilled his brief to guide the club back to the Premier League at the first time of asking but performances this term have been unimpressive.

Diego Llorente scored the only goal at Elland Road as Leeds claimed their first win of the season at their expense on Saturday.

After the game, Munoz admitted his side had failed to match Leeds’ intensity.

“They won all the duels, they shoot more times than us and they wanted to win the game more than us,” he said.

Previous : Reluctance of players to get Covid jab gives Klopp the needle
Next : Why this Facebook scandal is different