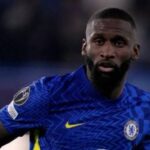 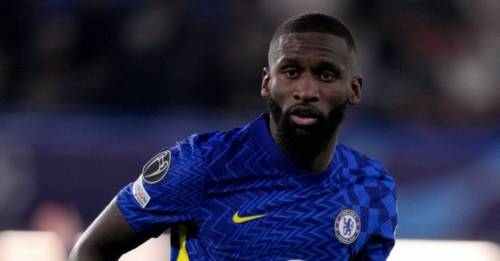 Rudiger’s terms expire at the end of the campaign, and Tuchel confirmed Chelsea’s board are in talks on an extension.

The 47-cap Germany star has enjoyed a major resurgence under Tuchel after a spell on the fringes at the tail-end of Frank Lampard’s tenure.

And now Chelsea’s Champions League-winning boss Tuchel has admitted he hopes that Rudiger will extend his Stamford Bridge stay.

“I hope that they find solutions, but it’s not only between coaches and players, and what we wish for,” said Tuchel.

“And that’s why it’s between the club, the players and the agent at the moment.

“We hope that they find the solution and all I can say is he’s playing excellently, and for a long time has been very consistent, on a very high level.

“I feel him very calm and focused, and it’s not a distraction for him.

“So everything is in place, and give things the time they need.

“There’s no news from my side, and I think that Toni feels very, very good at Chelsea, he feels very respected by his team-mates and he feels the importance that he has in the team and in the squad.

“That’s well deserved because he delivers, he feels the love from the supporters when he plays.

“He’s in the strongest league in Europe, in a big club, so there are not many reasons to change that.

“But in the end it’s between him and the club, and that’s in good hands.

“I am calm and relaxed. Whatever has to happen will happen.”

Chelsea will make the Premier League trip to Tottenham on Sunday, with Christian Pulisic still sidelined with ankle trouble.

N’Golo Kante is fully fit to return however after his own ankle issue, in a clear boost to the visitors.

England full-back Reece James revealed on Thursday that his home had been burgled while he was on Chelsea duty during Tuesday’s Champions League win over Zenit.

Tuchel revealed the Blues have rallied round the player, but the boss expects a spell of normality could be the best route past the incident.

“It was pretty shocking for all of us to hear the news and see the footage,” said Tuchel.

“We’re all there to be supportive emotionally but in the end sometimes it helps to focus on something else, so that not everybody tries to help you and wants to talk with you about it again and again and again.

“Sometimes it helps to keep the focus on the game and training, and what to do to have the best distraction. But it’s clear that everybody here supports him, and that’s it.”