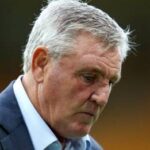 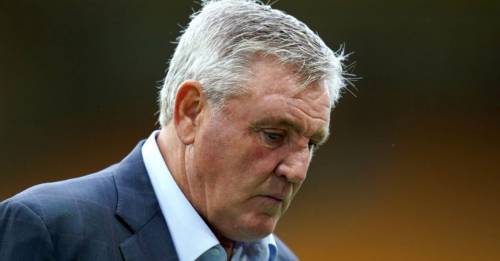 Steve Bruce seems set to be the first major casualty of Newcastle coming under new ownership. The 60-year-old has told the Telegraph the new owners “may well want a new manager”, which has only increased speculation he will be given the chop before the Toon face Tottenham next weekend. Frank Lampard and Steven Gerrard are being reported to be frontrunners for Bruce’s job.

The Mirror cites Spanish outlet ABC as reporting Liverpool are considering a move for midfielder Marco Asensio. The 25-year-old is said to be unhappy at Real Madrid after losing the favour of the side’s manager Carlo Ancelotti.

Raheem Sterling could be staying put at Manchester City. The Sun says the club want to begin talks with the 26-year-old England forward, who has less than two years left on his current deal. He had been previously linked with a move to Barcelona after expressing a desire to play in Spain at some point in his career.

The Sun also reports on Liverpool’s Divock Origi, who it says has been offered to Barcelona in January. The paper cites ESport3 as saying the Belgium striker’s representatives have contacted Barcelona due to the 26-year-old having played just 157 minutes for the Reds so far this season.

Weston McKennie: The Tottenham target, 23, who plays in midfield, has been valued as worth at least £25.4m by his club Juventus, according to Italy’s Calciomercato.

Harry Winks: CaughtOffside says the England midfielder, 25, wants to leave Tottenham in January and could head to Everton.