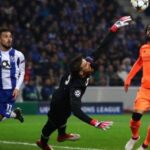 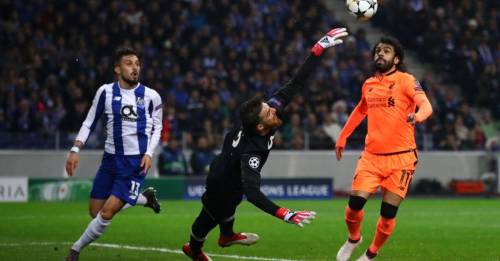 Mohamed Salah struck twice as Liverpool sauntered to a 5-1 victory against injury-struck Porto to seize command of a daunting looking Champions League Group B on Tuesday.

A tricky-looking fixture on paper was negotiated with ease by Liverpool who were far superior in every department and helped by a woeful display from Porto keeper Diogo Costa.

Porto were dealt a blow before kickoff as captain and centre back Pepe was injured in the warmup and the hosts were further handicapped when midfielder Otavio lasted only 13 minutes before hobbling off with a hamstring injury.

Liverpool took ruthless advantage with Salah tapping in after a mistake by Costa after 17 minutes and they doubled their lead just before halftime when Sadio Mane scored from close range with Costa again culpable.

Salah made it 3-0 on the hour with a typically neat finish before Porto rallied with Mehdi Taremi heading past Alisson.

Any hope of a late Porto comeback was extinguished, however, when Costa made a mad dash from his goal and substitute Roberto Firmino rolled a shot into an empty net.

Porto’s misery was complete when Firmino grabbed his second of the night in the 81st minute.

Liverpool top the group with six points from two games, ahead of Atletico Madrid who have four points.