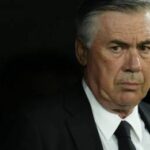 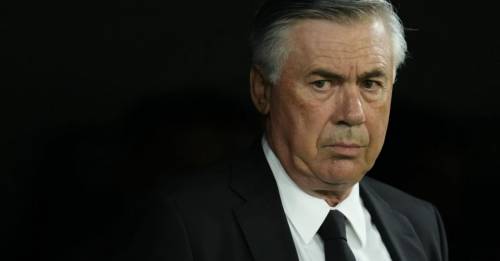 Real Madrid suffered another surprise defeat as the LaLiga leaders went down 2-1 at Espanyol.

Five days on from their shock 2-1 home loss to Sheriff Tiraspol in the Champions League, Carlo Ancelotti’s men fell behind in the 17th minute at RCDE Stadium when Raul De Tomas netted from close range.

Aleix Vidal then made it 2-0 on the hour mark, with Karim Benzema’s goal 11 minutes later all the visitors could manage in reply as they suffered their first league defeat of the season.

As well as second-placed Atletico Madrid, also level on points with Ancelotti’s team are Real Sociedad after they drew 1-1 at bottom side Getafe.

Sandro put Getafe – previously without a point on the board this season – in front in the 40th minute before Mikel Oyarzabal equalised in the 68th.

Fourth-place Sevilla were beaten 1-0 at Granada thanks to a first-half Ruben Rochina finish.

A brace from Arnaut Danjuma saw Villarreal to a 2-0 home win over Real Betis, and Elche defeated Celta Vigo 1-0 courtesy of a Dario Benedetto effort.

There was also disappointment for the leaders in Ligue 1 as Paris St Germain’s winning start to the campaign was halted with a 2-0 loss at Rennes.

After Lionel Messi – yet to score a league goal following his move to PSG in August – hit the bar with a free-kick around the half-hour, Gaetan Laborde put the hosts ahead just before the interval, and Flavien Tait then doubled the lead a minute into the second half.

Defending champions Lille moved up to eighth with a 2-0 home win against Marseille in which Jonathan David registered a brace, netting in the 28th minute and stoppage time. Marseille had Cengiz Under sent off with 13 minutes to go.

Angers are fourth after Stephane Bahoken’s stoppage-time goal sealed them a 3-2 victory against Metz at the Stade Raymond Kopa. The home side had earlier twice fought back from a goal down, efforts from Mohamed Ali-Cho and Thomas Mangani cancelling out Dylan Bronn’s header and a Farid Boulaya finish respectively.

Monaco won 3-0 at home against Bordeaux, with the goals coming from Aurelien Tchouameni, Aleksandr Golovin and Wissam Ben Yedder’s penalty.

Lorient drew 1-1 with Clermont at the Stade du Moustoir, Julien Laporte equalising for the hosts after Mohamed Bayo’s opener, and an Andrei Girotto header and Ludovic Blas penalty gave Nantes a 2-0 home victory over Troyes.

Bayern Munich completed a trio of table-toppers across Europe surprisingly beaten, losing 2-1 at the Allianz Arena to Eintracht Frankfurt for their first defeat of the Bundesliga season.

Bayern led through Leon Goretzka’s goal in the 29th minute, but Martin Hinteregger equalised three minutes later and Filip Kostic then hit the winner for Eintracht late on.

Bayer Leverkusen are second, level on points with Bayern, after triumphing 4-0 at Arminia Bielefeld, where Moussa Diaby opened the scoring, Patrik Schick notched a brace and Kerem Demirbay added a late penalty.

There was also a brace for Taiwo Awoniyi in Union Berlin’s 2-1 win at Mainz, who had led through Marcus Ingvartsen and had Dominik Kohr sent off in stoppage time.

In Serie A the top side won but had to come from behind to do so, Napoli fighting back at Fiorentina to claim a 2-1 victory.

The first half saw Lucas Martinez Quarta put Fiorentina in front, Lorenzo Insigne have a penalty saved by home goalkeeper Bartlomiej Dragowski and Hirving Lozano then equalise, before Amir Rrahmani headed a 50th-minute winner as Napoli extended their 100 per cent start to a seventh game.

AC Milan are two points behind in second after a 3-2 win at Atalanta. Davide Calabria, Sandro Tonali and Rafael Leao netted for the visitors before two late efforts from the hosts, Duvan Zapata’s penalty and a Mario Pasalic goal.

Bologna beat Lazio 3-0 at home, with Musa Barrow, Arthur Theate and Aaron Hickey getting on the scoresheet before Francesco Acerbi was sent off for the visitors, and Fernando Forestieri’s late goal secured Udinese a 3-3 draw at Sampdoria.