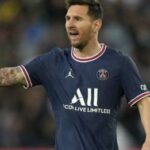 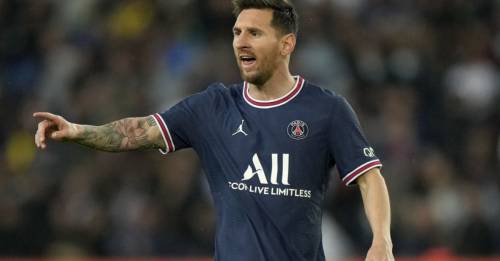 Lionel Messi could be a doubt for Paris St Germain’s Champions League showdown with Manchester City next week as he faces an anxious wait to discover the extent of his knee injury.

The 34-year-old Argentinian, who sensationally joined the Ligue 1 club from Barcelona last month, was substituted during Sunday’s 2-1 win over Lyon with a knee problem and underwent a scan on Tuesday.

A statement on PSG’s official website said: “Lionel Messi, who took a knock to his left knee against Lyon, underwent an MRI on Tuesday morning which confirmed signs of bruising of the bone.

“A follow-up examination will be carried out in 48 hours.”

Messi’s withdrawal by manager Mauricio Pochettino with the score at 1-1 caused consternation with the player himself seemingly puzzled by his premature exit.

PSG travel to Metz on Wednesday evening before hosting Montpellier at the weekend with City due at the Parc des Princes next Tuesday evening.

Previous : Steve Stricker has no worries over Brooks Koepka ahead of the Ryder Cup
Next : Thomas Tuchel defends Marcos Alonso’s decision to stop taking the knee