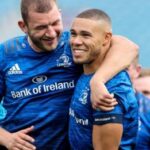 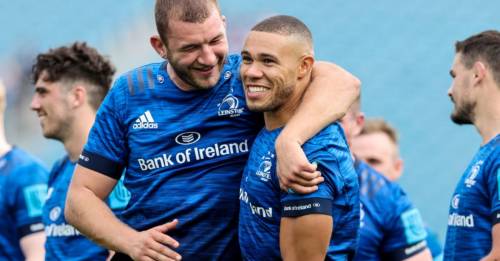 Leinster put Zebre away in the second half to claim a 43-7 bonus-point win in the United Rugby Championship.

Adam Byrne marked his first appearance since December 2019 with two tries, although it was only 15-0 at half-time as Leinster — back at the RDS for the first time this season — struggled to turn their 70 per cent share of possession into points.

Unconverted efforts from Scott Penny and Jordan Larmour had started the scoring, but Zebre defended stoutly, with Renato Giammarioli making a dozen tackles.

A slick 66th-minute breakaway try from Pierre Bruno was the only score for Zebre, who had fly-half Antonio Rizzi sin-binned for lifting above the horizontal in a tackle.

Apart from Andrea Zambonin leading Zebre’s poaching of two line-outs, it was all Leinster early on. Flanker Penny drove over inside the opening two minutes.

Larmour then twisted his way over past two defenders in the 12th minute, grounding the ball despite Nicolo Casilio’s best efforts.

Leinster number 10 Harry Byrne had an off day with the boot and went off injured in the 22nd minute, bringing Sexton into the fray.

Rizzi’s penalty from far out fell short, before a timely third try followed at the other end. Good hands from Ed Byrne and Sexton released fit-again winger Byrne to go over in the right corner.

Leinster began the second half with prop Byrne’s bonus-point try, a powerful finish on the back of a quick tap. Sexton converted to make it 22-0.

Soon it was one-way traffic, Cronin squeezing over by the left corner flag before Sexton – dusting himself off after Rizzi’s yellow-card tackle – kicked wide for fit-again winger Byrne to score again.

Kelleher barged over from a well-executed maul past the hour mark, with Sexton taking his kicking haul to eight points.

Zebre rallied and their best moment was Bruno’s dummy and acceleration to get past Rob Russell for a 40-metre run-in. The consolation try was converted by replacement Paolo Pescetto.

Previous : Player availability boost for Ireland Under-21s’ Montenegro match
Next : Lewis Hamilton hoping for rain to aid his fight through the field in Turkey