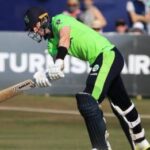 George Dockrell relishing batting up the order for Ireland 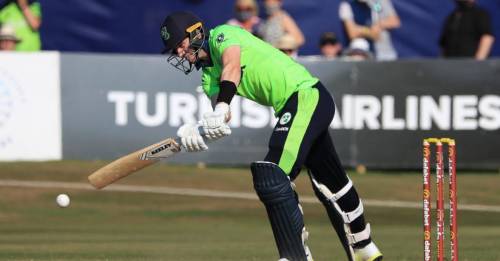 Ireland’s George Dockrell has enjoyed quite the turnaround in 2021 but hopes there are more highs to celebrate at the ICC Men’s T20 World Cup later this month.

The 29-year-old will feature in a fifth Twenty20 tournament for his country when the event gets under way on October 17 and their preparations step up a notch on Thursday when they face the UAE in the first of three matches in Dubai over the coming days.

Dockrell has enjoyed memorable moments in previous editions, taking three wickets against the West Indies and Netherlands, while he also claimed the prize wicket of Australia opener David Warner during the 2012 competition, but this time he will look to make his mark with the bat.

An honest chat with Ireland head coach Graham Ford saw the cricketer from Dublin turn his attention to batting and despite losing his central contract last year, the runs have flowed for Leinster Lightning and an international summer recall means he is set for another World Cup.

“It is probably quite unique my career, in terms of starting off in 2010 as a pure left-arm spinner who bats at 11 and now changing my role to bat in the top five,” Dockrell admitted.

“The game has moved forward massively since when I first came on the scene and obviously there has been a lot of challenges within that but it has been really exciting to take on my batting.

“I had a chat with Graham Ford last year and he felt the opportunities weren’t there for me anymore as an out-and-out spinner who could bat a bit but there was something there with my batting that if I could work on it and bat in the top five for my domestic side, I could maybe do the same for Ireland.

“Thankfully we had that chat which was open and honest. It was a big change for me but to have done that, got the runs domestically to get into the Irish team where I have contributed a little in that role has been really exciting. I have absolutely loved it.”

After bursting onto the international scene as a teenager, Dockrell spent five years with Somerset and despite being released in 2015, he credits his time in England for laying the foundations for his batting to eventually blossom.

Currently his highest score for Ireland is the 62 not out he registered against Afghanistan in 2017 but his form during the summer hinted a big knock for his country is on the horizon.

A maiden List A century for Leinster in May was a timely boost of confidence before notable innings of 40 and 45 respectively against the Netherlands and South Africa in 50-over cricket were followed by 33 not out – Dockrell’s second best IT20 score – in a victory over Zimbabwe last month.

He added: “For me, if I am honest, a huge part of what I enjoyed this year was actually I lost the central contract but went away and got an internship in Dublin, so that was really nice to see a whole new side of things.

“I guess it brought cricket back to being a hobby again and there was a real love for what I was doing in terms of my batting, so when I got out to bat in the domestic games I was very hungry to do well.

“Getting the early runs was nice to cement that spot and make me feel like I was doing the right thing, then getting opportunities with the national team after was a huge bonus so I have been happy with how the year has gone. Now I want to kick on and contribute to wins and play those big knocks.”

In 2009 Ireland made the Super Eights in their maiden T20 World Cup but despite plenty of 50-over success, they have struggled to replicate that in Twenty20 cricket and finished bottom of a group with Bangladesh, the Netherlands and Oman five years ago.

But Dockrell insisted: “Playing on the biggest stage is always huge for us.

“A lot of times we have had success at World Cups but T20 we have struggled to have the same run we have had at the 50-over tournaments, so it is a huge opportunity for us to show how far we have come.”

Previous : The Glazers put 9.5 million Manchester United shares up for sale
Next : Instagram and teens: How to keep your kids safe