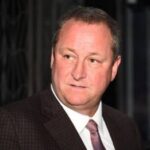 Explained: Mike Ashley’s sale of Newcastle to a Saudi-led consortium 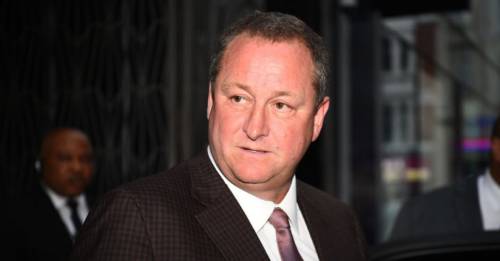 Mike Ashley’s attempts to sell Newcastle finally ended on Thursday as the club’s fans received the announcement they have craved for so long.

News of a resolution in a row over alleged TV piracy in Saudi Arabia on Wednesday opened the door for the takeover, which had become embroiled in a legal wrangle, to come to a head.

Here, the PA news agency takes a look at the long-running saga.

How long has Ashley been trying to sell?

In all honesty, for much of the time since he bought the club in April 2007.

He first put it up for sale amid a furious backlash from supporters in the wake of Kevin Keegan’s departure as manager in September 2008, and then again after relegation from the Premier League at the end of that season.

He was unable to find a credible buyer on either occasion and formally removed the Magpies from the market in 2009 after Chris Hughton had steered them back into the top flight.

In effect, however, he has been open to offers ever since and has been looking for a buyer in earnest since 2017 after admitting he was not rich enough to compete with the likes of Manchester City and Chelsea.

Who is he selling to?

Amanda Staveley’s PCP Capital Partners first tried to buy Newcastle for around £250million (€294 million) in 2017, but Ashley pulled the plug three months after she had initially declared an interest with no deal in place, describing the process as “a complete waste of time”.

The financier, however, refused to take no for an answer and in April last year, a consortium comprising Saudi Arabia’s Public Investment Fund (PIF) as 80 per cent majority shareholder, PCP and the Reuben Brothers reached agreement on a £340m deal, although it is understood the price has since been renegotiated down.

However, after waiting 17 weeks in vain for the Premier League to come to a decision under its owners’ and directors’ test, the consortium withdrew its offer in July 2020.

What was the Premier League’s issue?

The governing body had two main problems with the proposed deal: Saudi Arabia’s ban on broadcaster beIN SPORTS, its rights-holder in the region, and the matter of separation between PIF and the state.

The consortium, despite its best efforts, was unable to prove to the satisfaction of the league that the PIF and the state were separate entities, and with beIN accusing Saudi Arabia of piracy, that was a major problem.

In addition, Amnesty International has drawn attention to the country’s human rights record.

How did Ashley take that?

Not well, to say the least. The billionaire sportswear magnate vowed to take his fight to the courts, launching arbitration and competition cases claiming that the Premier League had not implemented its own rules correctly, and that rival clubs had moved to block the takeover.

He considered the deal to be done and both parties have since indicated a continued willingness to do business.

How has the impasse been resolved?

Assurances have been made over the separation of the Saudi state and PIF, which appears to have been the overriding issue.

Negotiations are understood to have been ongoing for some time and Wednesday’s development was a consequence of the progress made.

A Premier League statement on Thursday read: “The Premier League has now received legally binding assurances that the Kingdom of Saudi Arabia will not control Newcastle United Football Club.”

How will it go down on Tyneside?

Large sections of Newcastle’s fanbase have been in open revolt against Ashley for much of his tenure.

Ashley has tried to make the club self-sufficient, but his relative lack of investment in the playing staff has seen their fortunes on the pitch slide into an annual battle for top-flight survival, which appears to be the only ambition.

The club have not won a major trophy since 1955 and have been relegated twice during his ownership.

Fans have been desperate to see the back of him and the prospect of wealthy new owners arriving at last has sparked feverish excitement in the city.

Previous : Smart robots do all the work at Nissan’s ‘intelligent’ plant
Next : Steve Bruce facing the axe following Newcastle takeover